“Good, let them come.” – the response caught the rest by surprise, and the king had their full attention. “Orcs, Trolls, Tauren, the Undead…” – the king paused for dramatic effect, then lifted his gaze at the others – “…the whole Horde can come for what I care. The heroes of the Alliance will be on the battlefield and we will make them remember all of our names.” 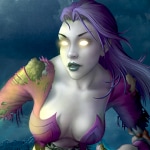 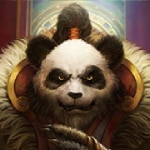 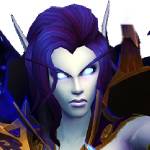 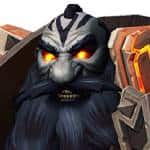 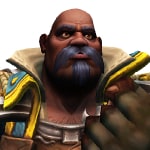 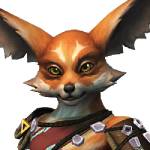 Forge Your Own Name: Discover Our Name Suggestions & Short Stories

World of Warcraft has been out for a long time now and it’s still captivating the hearts of the thousands of players. Set in a lore rich world, it offers unique experiences no matter what kind of character you decide to play, and there are many possibilities.

Once you make a character, chances are you’ll stick to them for quite some time. With so many players playing the game, you have to stand out somehow and your name is the first step in that process. Choosing one wisely might pay in the long run.

Quests, rewards, items, and much more, they all come and go but your character’s name remains. Notoriety, fame, fear, or respect, all that and more can be achieved by your character and as such, they deserve a name worth remembering.

Looking back all those years ago when WoW first came out, I can vividly recall how I felt when I first entered the world. Having played the Warcraft series from the start as I grew up, I knew much yet also nothing, as the world seemed simply endless.

But before that, I remember I was thinking about what would I do if I couldn’t get the name I wanted. If someone else already chose that name, my whole plan would be ruined. I can now see that was also the first day I realized how important a name is.

Every name presents your character in a specific type of way, as it can also tell much about you as a player, not to mention it sticks with you for the rest of the game. And since there isn’t a real end in sight, you can imagine how long that might be.

I often suggest using a WoW name generator, such as the ones we have here and then going from there. Even if you don’t find a name you completely like, they will most certainly spark some ideas, allowing you to come up with your own more easily.

As we’ve said, a name has it’s weight and meaning, and it defines you. That’s why I believe you should give some thought before you give one to your character. Even if you’re going for a silly name, think it through first.

Here are some playful and more lighthearted names to take a look at, if nothing else, to give a bit of a boost to the ideas already brewing in your mind.

Below, you’ll find the names of some of the most important characters from the WoW history. With so many to choose from, there’s no need to create something from scratch.

Making your way through the world, you’ll encounter others and the first thing you’ll both see is each other’s name. It defines your character before the person gets to actually meet you and you alone control what kind of first impression you’ll make.

The spur of the moment, maybe being too eager to start playing, might make you create a random name without much thought put into it. Sure, you might not notice it as you play at first, but later on, once the character grows on you, you’ll start to.

So think upon what race you’ll play, think about their lore, history, and anything else that might help you in your naming process. Visualize your character and who you want them to be, use the WoW name generators to inspire you, and start creating.

Did you enjoy this guide? Tell us some of your favorite names in the comments and share your own methods of coming up with a WoW character name.