“Why would humans like you come to Limbo?” The Githzarai looked over the party with a distasteful glance. “Well you see, our home has been infiltrated by Mind Flayers an–” “Mind Flayers, you say? Go to the barracks and say Kharmerath sent you. We are always willing to help with an Illithid problem.” She said with a toothy grin. 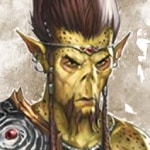 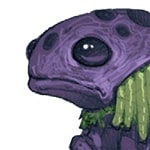 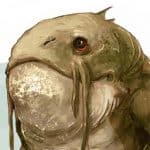 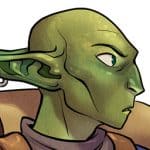 All Gith were once enslaved by the Mind Flayers. Once they finally overthrow their tyrannical overlords, the Gith were immediately broken into two. The Githzerai believed that the best to move forward was through enlightenment. With this goal, they made their home in the chaotic Plane of Limbo.

Githzerai looks almost alien with their flat noses and yellow skin. Though Githzerai prefers to stay in Limbo, they often may find that they have to leave for their battles with the Githyanki, to destroy a Mind Flayer colony, or for other more personal reasons.

Since the Githzerai are not native to the Material Plane, their names often sound even more otherworldly than Fey names. Githzerai names still have a flowing quality to them, to reflect how they have let their psionic energy flow freely.

Githzerai naming conventions can be difficult to follow. The Gith language is divided into two, but both dialects use the Tir’su script. Since the Githzerai have well-established societies, their version of Gith is much softer than the Githyanki variant. Still, most people who only know Common may find these names difficult to say.

While she may have learned to hone her mind while in school, she secretly trained herself to hone the blade as well.

To survive the harsh slums of Zerthadlun, Wuithk had to learn not only to quiet his footsteps but also his mind.

At the battle of Xeetofor, he realized that putting his faith in weapons alone would lead to disaster, so he began to train his body and mind.

Githzerai gender conventions are not as foreign as their names. Most humanoids shouldn’t have too much trouble telling the difference between male and female Githzerai. In their society, gender is not important, only one’s ability matters.

Who cares if she doesn’t have the magical abilities like her father, with a crossbow and a whip, everything she needs is within reach.

Her mind has always been her strongest weapon, but when lost in the Astral Sea, what is she to do to get home?

Some Githzerai are part of the Sha’sal Khou, a secret society to bring the Githzerai and Githyanki back together. Though many support the creation of a unified gith race, tensions between them as still much too high for many to support unification openly.

The Tragic tale of Uashik: He loved a Githyanki with all his heart and tried to sway her with song, but for his song, he only received a sword in his chest.

Training one’s mind can be difficult, so when arcane power suddenly began bursting from Xyrimm, he knew it would be nearly impossible to still his mind.

Githzerai don’t care for one’s family history and instead only care about the things one has accomplished and the title one holds. Here are some examples of the types of Githzerai titles.

The Gith are a tragically divided race, and playing a Githzerai shows that you want to be pragmatic and thoughtful. The name you pick should be one that breaths life into your character.

I hope this article helped you pick a name for your Githzerai character. If you have any interesting names or opinions of your own, feel free to leave them in the comments. Thanks for reading!