Woosh! A telepathic wave of energy slammed against the duergar’s mind yet again, making him now unable to move. The creature in front of him spoke without talking. “You are now mine, young one. I am Qheglill and now you serve me and me only.” 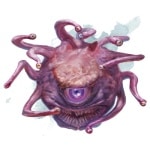 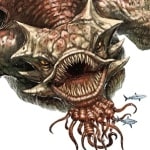 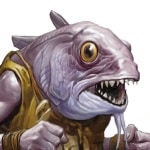 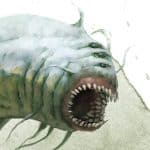 Illithids, commonly known as Mind Flayers, are very odd humanoids with exceptional power. They have four tentacles protruding from their jaw which they use to feed on their victim’s brain, as soon as they first stun them with their telepathic abilities.

They are evil and cruel creatures who take pleasure in being prideful while looking down on any other race. They are also all part of a collective where the so-called Elder Brain keeps everything in control, as long as they remain in range.

While Illithids speak Undercommon and Deep Speech, they prefer telepathy, and their names are too complex for other races. Instead, they use rough translations of the real names that make some sense, names like Qusbur, Vasgix, and Kebreyess.

Most humanoids are unable to comprehend true Illithid names and the meanings behind them, and the letters that make the names are but a poor approximation of the sound the humanoids hear. Some Illithid are also known to adopt names that are more easily pronounceable by their slaves and others alike.

This advanced Illithid, Ulitharid to be exact, successfully feasted on enough brains to move out of the Elder Brain’s community and start its own. Bringing half of the total number of mind flayers, slaves, and other creatures, the community is now thriving under his rule as a new Elder Brain.

He was tasked with scouting the area while hunting and capturing any and all intelligent creatures that might cross his way. After almost a week, he and the rest of the party are now returning to Elder Brain’s influence once again, bringing fresh brains as well as their own experiences and memories into the collective.

During one of his missions outside the community, this Illithid decided to go rogue. Appreciating the extended freedom from the Elder Brain’s grasp, he decided to leave the area for good in search of his own destiny. Today, he has his own lair with many slaves but also allies in the form of different powerful creatures who understand the benefits of such a union.

After a certain Ulitharid left, he was one of those who stayed behind, remaining loyal to their community. Enjoying much fame and renown, he runs a remote wizardry school as a scheme in order to lure more intelligent brains, upon which they will be captured, killed, and have their brains given as a present to the Elder Brain.

The short mission he was supposed to go on hit a couple of dead ends and has since been prolonged. During all this time, he is battling himself in his own mind, struggling to choose between wanting to return home empty-handed but feeling the joy of the Elder Brain’s presence, or continue on and possibly go mad.

Recently, a certain ceremorphosis gave birth to him as an Ulatharid, an advanced form of a Mind Flayer. Being naturally unbounded by the Elder Brain, he’s been luring the residents of the community to his side and is halfway through devouring enough intelligent brains to be ready to move and become an Elder Brain himself.

Illithids, perhaps better known than Mind Flayers, are strange alien-like creatures with psionic powers. They come to life after a tadpole enters a victim’s brain, consumes it completely, taking its place, and ultimately transforms the body into a Mind Flayer. They usually live in Underdark and are all connected to the Elder Brain, though some venture further away from its influence as they undertake special missions. Keeping slaves is as common as humans drinking water, and all Illithids need to feast on an intelligent creature’s brain once per month if they wish to survive. Think about who was the character before they became a Mind Flayer, how and where did the transformation occur, and think of a name that will be worthy of the goals and missions provided by the Elder Brain.

Did you enjoy this guide? Please, tell us some of your favorite names in the comments and share your own methods to come up with an Illithid name.