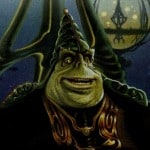 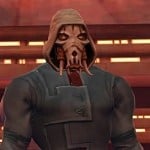 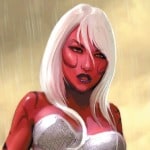 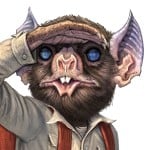 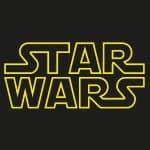 Wookiees are one of the most iconic Star Wars species to ever grace the big screen. They are powerful, furry, and incredibly fun to play. Hailing from Kashyyyk, a tree-covered forest world in the mid-rim region of space, the Wookiees are great craftspeople and put a great deal of cultural emphasis on loyalty and courage.

Because Wookiees are traditionally depicted as relying on growls, howls, and other guttural sounds to communicate, the best Wookiee names are created by leaning in to that. Long, doubled vowels are good, as are sharp sounds like multiple Rs and Ks. Try out different combinations until you find one that is fun to say!

A good Wookiee name, like the species name, uses lots of doubled letters, and as mentioned above, often relies on sharp or guttural sounds. Multiple syllables are your friend! And always test out your creations by reading them aloud several times to make sure you can say it easily!

Feared bounty hunter Hrolghraa specialises in what they call “herding,” or making sure the target goes exactly where the client wants them to go. Her last job ensured a certain politician was caught on vid doing the wrong thing in the wrong place.

A renowned Wookiee explorer, Vraachu is forever seeking out new worlds and new experiences. Coincidentally he’s also seeking out new foods all the time too. Unfortunately so many of them make him sneeze.

Female Wookiees are as powerful and capable as their male counterparts. Their names can use more vowel sounds and musical letter combinations, such as those incorporating Ls and Ws.

A battlefield nurse as comfortable disassembling an enemy as she is giving aid to refugees, Gwuurteesushtee leads a small cadre of medical professionals who travel from battlefront to battlefront giving aid and asking only for supplies in return.

A feared warrior, this Wookiees favourite weapons are a series of razor-sharp spinning discs. Her terrifying battle cry has struck fear into the hearts of many, and her exploits have inspired poets across the mid-galactic rim.

Male Wookiee names often lean more into hard consonant sounds, using lots of Ks and Ts. Short, sharp names are often effective and long combinations of syllables (one of which can be pulled out for a nickname) are usually great fun.

The fastest pilot this side of Kessel, Aeccalwuaa is the Wookiee you want if you need something delivered fast. But because he likes to go so fast, discreet is going to cost you extra.

Hoary with age, Whiettarl has seen it all, and he will tell you about it at length. It doesn’t matter if you speak Shyriiwook, Thykarann, or Xaczik. In this case it isn’t so much a case of “let the Wookiee win” as it is “let the Wookiee talk!” Seriously. Don’t interrupt him.

Did you enjoy this guide? Tell us your favorite Wookiee moments, whether they are from film, fiction, or from around your gaming table! Do you have any preferred methods of crafting a Wookiee name? Let us know in the comments below! 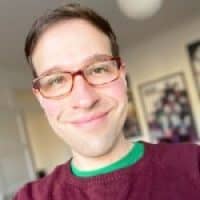