“The ogre wobbled on, following a trail of blood left by his newest victim whose screams echoed through the night. One bush rustle later, one of his ogre buddies stepped out wondering what was all the noise about. “Seems you staying busy again, Yurug, huh? Mind if I join ya?” 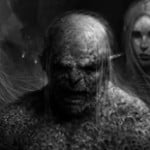 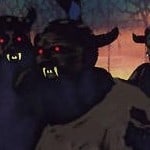 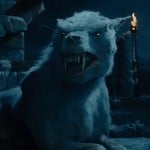 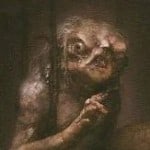 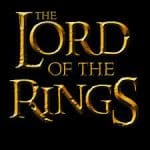 Ogres are savage humanoids, at least 8 feet tall, muscular, and often with crooked legs that can barely support their weight. While their wobbly walking can be amusing, the fun ends well before they get angry and use their strength to blow some steam.

Living in tribes they usually occupy various caves and caverns from which they launch numerous attacks and raids, and the main target is always food and equipment. When not fighting, their secluded homes provide a safe way to recover.

Most ogres don’t live to see past 30, and the end is often more gruesome than not. This, however, means they have many stories to tell, stories about things that made certain their names were known, names such as Turirok, Izrog, Yuizur, and Igat.

Ogres are most often led by the strongest, the meanest, and the most fertile ogre in the tribe. Leading by example is the only way, and the tribe’s prosperity has to be on the very top of the list for any ogre wanting to rule.

He is the chieftain of the Rockfist Clan, the best warrior, and one of the meanest and foulest ogres one could ever see or meet. Like his predecessors, he took the lead by force, in a sacred duel, and the plans he has in store for them all will bring region-wide glory, albeit with certain consequences that are destined to come later.

After yesterday’s defeat, he knew he had enough. Their leader has gotten sloppy, he’s not getting any younger, the choices he makes are bad, and the clan is getting restless. Everything pointed he was making the right choice the moment he stood before the chieftain, invoking his right to the so-called Crown Duel.

The battle was finally over and the war was won, and while the clan feasted on the flesh of the enemies he walked the battlefield to assess the situation. One more kingdom remains to be conquered and destroyed, the main goal of his campaign, the human kingdom of Irlana.

It is said that all female ogres try to stay pregnant as much as they can in order to do their duty of helping the tribe. While ogres might live long, it’s all but impossible to reach old age as they tend to reach a violent end sooner than later.

After being mocked for her desire to be included in the battles to come, she challenged one of the male warriors to a duel. To everyone’s but her friend’s surprise, she nearly bested the man until he used a dirty trick on her, unfairly gaining an advantage, and slashed her left leg so hard he almost cut it off.

While some females don’t cherish the thought of their duties, she likes to hang out with the young ones, teaching them about their ways and being responsible for the lot of them. Her passion has caught the chieftain’s eye, and she just might be moving up in ranks in the near future if she plays her cards right.

Thanks to her rather unpleasant appearance, she had little trouble dressing up as a male and joining some of the battles the clan has fought. While she thinks she’s being clever, some of the females have started to suspect something is going on, and if this continues she just might be discovered.

After reaching puberty, most male ogres are sent to perform a ritual, where the tasks might differ depending on the tribe. For example, they might be sent to go collect the skulls from their victims where the final number will affect the future standing within the tribe.

Wounded but alive and well enough to travel, he’s slowly making his way back home to report success. The bear’s head he carries is proof of passing the ritual, and the three human heads tied to his hip are a present for his leader, a way of showing additional dedication to the clan’s success.

Half-Arm is what everyone calls him now, ever since losing his left arm from the elbow down to a rather vicious ogre, over a dispute regarding something that neither of them remembers anymore.

Once one of the cooks in the clan, he was removed from the position due to his excessive appetite that can’t seem to be satisfied no matter how much he eats. After years living like that, he finally went mad, fled the battlefield, and went on a journey where he started attacking any and all living things, only to eat them afterward.

These hulking humanoids, large masses of flesh, muscle, and deformity stand more than 8 feet tall, and constantly give a bad name to most of the other giant kind, no matter where they go or what they do. They are mean, savage, merciless more often than not, and their actions put them into all sorts of situations where their strength continues to be tested on a daily basis. Think where the character was born, where they grew up, what kind of a community were they a part of, what made them who they are now, and create a name worthy of all the savage actions that are waiting to be done.