“The time has come to make your own path and this journey is your chance to shape your future. Expose our traditions to the world but also meld them into something new, something that only you can make. Follow our ways, and follow your heart, for you are Varma Men Ne Zocru Sesif Of Clan Nanko, my son.” 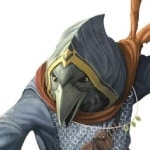 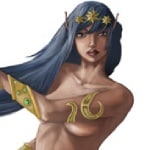 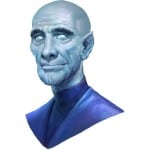 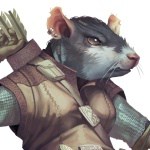 Kasatha are native to a dying planet named Kasath, with grey skin, elongated skulls, and smooth faces with no proboscis. Their bodies are lean, and muscles strong, and they have four arms that allow them both grace and sheer strength.

With their homeworld dying it was only logical to unite as one and make their way toward other worlds on a massive colony ship called Idari. While nurturing a strong culture, each of them goes on a year-long melding journey to shape their own views.

While everyone goes on this journey called the Tempering and stretches their limits, not everyone returns. Many find the world too alluring to resist and in doing so their names become known, names like Joltirun, Nedun, Rumse Teadrof, and Zoltre.

Kasatha mostly use their first name only, while their full names are quite long as they can include their heritage, parentage, clan, and even subclan. While they can be separated into males and females, other races have a hard time differentiating them due to a rather trivial sexual dimorphism.

Gelem was always a curious one and he couldn’t wait for his own Tempering. After the year flew by fast, his thirst for knowledge and the unknown remained unquenched and it was a simple decision to continue the journey.

Daughter of a famous doctor, she wasn’t happy with having to be away for a year, but knew she had to do what the tradition asks of all of them. After it, however, she discovered she liked new experiences and is wondering how to tell her father, her mentor, she’d like to postpone the studies some more.

Never the one to settle, and never the one to hide it, no one was surprised to hear he didn’t return after his coming-of-age journey. Unbeknownst to them, he was rather anxious to return but a couple of wrong decisions got him in debt with some shady people, a situation he’s currently trying to resolve.

The news of his demise struck his family rather hard, and his mother has never been the same ever since. Little do they all know, while he’s been almost fatally injured during a fight, his recovery is going well as he rests on a remote island, far away from home.

Using the Tempering to expand his horizons and learn new skills, his return home was most welcome as he was able to fill the job openings quickly and efficiently. The past, however, is determined to not let go and certain individual is making their way to his home, a meeting that will change his life upside down.

United by the doomed reality of their dying world, the Kasatha are a four-armed race who made their fortune by escaping on a huge colony ship. Honoring traditions and everything else that keeps a society together, they use their vast knowledge to improve upon the lives of both the individuals and their race as a whole. Every one of them goes through a coming-of-age journey, the Tempering, where they spend a year away from home, melding their traditions with new experiences.

This allows many of them to return with an open and expanded mindset, and also many stories to tell. Others, however, decide not to return at all as the adventure only began. Think about how the character grew up, how was their upbringing, their views, their early goals, how their Tempering went, and think of a name worthy of the ultimate adventure that lies ahead.