“No, that’s not me. I want to travel, see the world, perhaps set things on fire, and so on. But I won’t do what they are proposing, no way, it’s too boring and I can’t be at one place for so long.” “Oh, wow, someone’s feeling joyful today.” “What do you mean? I’m Hiqhu, I’m always joyful.” 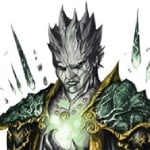 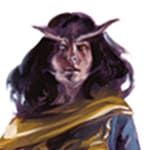 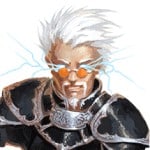 Ifrit are direct descendants of mortal humanoids and beings made from elemental fire although two mortals can end up creating an Ifrit, regardless of how rare it might be. They act on impulse, rarely make friends, and have a hot-headed personality.

While they are very outgoing and active, even reckless at times, they rarely do so out of malice. Their free spirit lacks the need to follow most traditions, laws, and religions, and the love for adventure and exploration is a priority above all else.

They pursue perfection in everything they do, leading by example where they can, and so it is only natural their actions speak louder than words. It’s not long before most make their names known, names like Zaqra, Vamin, Duleh, and Numludwen.

A good Ifrit name is often short, easy to pronounce, and takes no effort to utter. In a way, it’s a reflection of their energetic personality which wastes no time, regardless of the situation at hand.

A soldier through and through, started from the bottom only to rise the ranks faster than anyone in the last two hundred years. He would have become a general if not for his determination to remain on the field of battle, a fool’s tenacity as others call it, which made him decline the promotion to stay with his men.

After finishing the pilot academy at the top of her class, second in fact, she went on to fight multiple battles across the local star system. Today, more than a dozen years later, she commands her own fleet, the infamous Sizzle Fleet that now roams the space in search of any and all pirates.

She specializes in hunting dangerous creatures, no matter how hard it may be, and seems to always find a way to do it. Currently, she’s making her way to a remote part of the land where a certain six-legged creature has been harassing the local mining community that is responsible for a large portion of the economy.

If you ever heard someone say the girl is trouble, there’s a high chance they described a female Ifrit. Bold, adventurous, playful, and sometimes mischievous, not everyone can cope with such a turbulent lifestyle, especially if they are not Ifrit themselves.

Being considered a rascal, even among her own kin, she never stopped pulling pranks on people and testing both her own and their limits at the same time. Needless to say, most of the time it doesn’t end well and the respect for her is falling down rapidly across the whole community.

As a member of a local law organization and one of the six members of the group, they specialize in high danger situations where they use their unique skills to overcome all but impossible odds.

Having lost her family in an accident, she now roams the world, looking for anything that can occupy her thoughts and remove the sadness in her, even for a little bit. After quickly realizing an adrenaline rush works best she took a job of a bounty hunter, a job that she never takes a break from.

Just as chaotic as their female counterparts, male Ifrit is hard to befriend but even harder to get rid of if one does manage to win their trust. They will protect themselves and those close to them, with fire if need be, though they are seldom the first ones to become hostile.

This energetic individual simply can’t seem to stand still and he gave up trying long ago. Instead, he committed himself to the pursuit of physical perfection, training, improving his body and mind, and his ability to perform extraordinary feats of strength and agility has become famous across multiple worlds.

Uncharacteristically for his own kind, he is able to remain very calm despite the innate urge to act. This makes him well suited for following and spying on others, and he has become one of the best private investigators out there, preceded only by his fame and notoriety, depending on who you ask.

Living his life fully, seizing any and all opportunities before him, he has finally settled down for good. His rather extreme age made him more passive, more prone to taking it easy, and these days he earns his money by sharing his knowledge, experience, and stories, something that is valued in every corner of existence.

As direct offsprings of mortals and creatures made of elemental fire, these charcoal-skinned humanoids have flickering hair that perfectly matches their fiery temper, and the horns protruding from their eyebrows add to their sinister look. Despite their appearance, malice simply doesn’t drive their actions where they tend to lead by example, and their free will and the urge for the unknown make them a perfect choice for an adventurer. Think about who the character’s parents are, where did they grow up, how did the surroundings affect their youth, what do they love the most, what are their goals, and think of a name worthy of the exciting adventures to come.