“Don’t you worry, grandma Faye will take care of you, little ones.” – the old woman greeted them with a raspy, though unusually pleasant voice. With his friends suddenly falling asleep, the elf looked back at the woman with a stone-faced expression. “I know what you are, Faye Firebones, the Hag of Swampwood. Your reign ends today.” 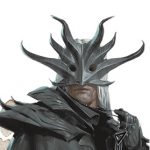 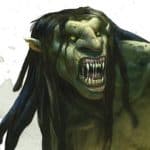 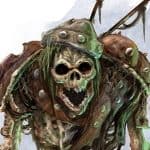 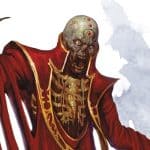 Hags, old ugly crones whose physical looks are a testament to their true wicked nature. Their origins reside in Feywild and all possess a natural affinity for magic. They can be competent spellcasters but their claws often do the main work.

They are known to devour little babies, and a week later give birth to a human-looking daughter. This child grows up normally until her 13th birthday, upon which she turns into a hag and the very image of her wicked hag mother.

All Hags in the region know each other, though their competitive nature prevents complete trust. In their long lives, they commit foul deeds which in turn make their names heard, names such as Irma Meatboggle, Lois Saltshifter, and Auntie Pam.

Hags often use their full names when dealing with others of their kind, whether as a boast or an insult, while other creatures usually know only one of the two-word combinations.

She’s the one behind the rumors of a beautiful girl living in the forest, luring travelers to their deaths, an illusion she perfected decades ago. Lately, many more people went missing and the mayor of the nearby town is funding an investigation led by adventurers.

This Night Hag is responsible for dozens of people committing heinous crimes, whereupon she managed to trap their corrupted souls and transport them to Hades. Unless something’s done soon, the whole kingdom may fall under her influence.

She recently managed to capture a young woman, ending her life and devouring her poor child. Today, a week later, she has given birth to a daughter who’s about to become her apprentice and the future threat to the whole region.

Night Hags are fiends who intrude upon the dreams, filling people’s minds with fear and doubts. They take great joy in corrupting mortals and seek to shift all virtues into depravities, regardless of what it is.

She’s currently working her magic and finding a way into a king’s mind. For the last couple of weeks, every night, she enters his dreams and leaves him with uncertainty, doubt, fear, and panic. Soon, she will complete her task and the king will be responsible for events no one ever dared to imagine.

Having been injured not long ago, she is resting in her hidden lair. As she rests, she’s able to enter the dreams of anyone sleeping up to ten miles away from her secret den. For some reason, she’s unable to do so with two certain individuals who seem to be getting closer with each day.

Sea Hags are the ugliest of them all, and constantly seek to destroy any and every beauty they find. In their lifeless eyes, anything that invokes positive feelings needs to be either destroyed or made into the exact opposite of what it stands for.

Living in a submerged cave, close to a river delta, she’s been luring travelers into helping her with what appears to be a sunken treasure chest. Disguised as a ragged woman, she uses false empathy and traveler’s greed into tricking them to their own demise.

She is responsible for the stories about a cursed creature living in the nearby lake, which no local villager has visited for quite some time. Travelers, however, are often too intrigued by the story, decide to investigate, and end up missing, never to be seen again.

Green Hags are fey who live in dark and dying woods, luring creatures with cries for help while driving others away by imitating the calls of vicious animals. They revel in one’s misery and despair and will toy with a victim, before teaching them a final lesson.

Disguised as a young woman, she uses persuasive cries for help to lure the unaware travelers into more than one trap. Toying with them and enjoying their misery, she forces them to go where she wants, to her very own lair. There, she makes quick work of them, thus satisfying her dark needs.

The nearby woods has claimed more than a few villagers so far but none dare to investigate. Each time someone tries to search the area they hear beasts howling and roaring, making them run away in fear. Today, five brave adventurers will change the future of everyone involved, only not the way they hope to.

Hags can be a perfect fit for a villain in your story, either the main one or a part of a side quest, where they bring horror and mystery to the table. Their habitats offer interesting locations and their deceitful nature provides ample opportunities for roleplaying and storytelling. While they can use illusion and transform into someone else, their corrupt hearts compel them to seek and destroy all the grace they can find. Think about what type of Hag the character is, where they live, how they came to be, and come up with a name worthy of the hatred and malice residing in their hearts.

Did you enjoy this guide? Please, tell us some of your favorite names in the comments and share your own methods to come up with a Hag name.