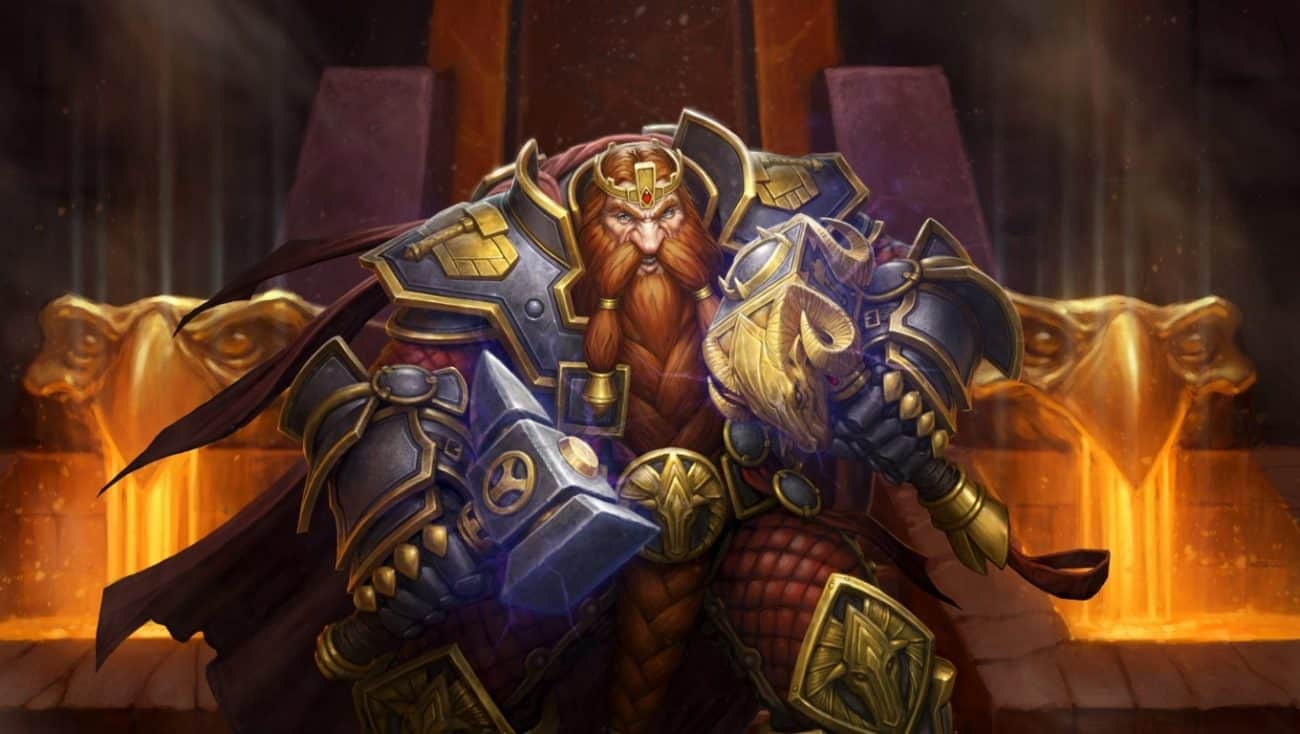 Dwarven names are heavily influenced by Norse culture, and the names tend to be simple. They start with a consonant, and often with a double one, such as Dw, Dv, Gl, Th, and Rh. They also live in clans, where honor is the main commodity, and the more courageous their deeds are the more their names become famous, names like Glardur Onyxpike, Dwunin Amberbeard, Nassyl Frosthood, and Thorg Rockshoulder.

One way to get a good dwarf name is to think of a first name that would fit a Viking. A simple, yet strong one that gives a feeling of gruffness and power, such as Thorm, Wrothgar, and Dvindur. Then, we can add a last name that sounds more like a translation of the original surname, such as Frostbeard, Boulderfall, and Redaxe.

He earned his nickname long before he got to fight with weapons in a real battle, back when he used to fight in the streets and bare-knuckle tournaments. Never to be knocked out, his only non-win was a draw against an opponent who couldn’t beat him despite losing all function in his left hand at the start of the fight.

A great hunter and an excellent tracker, he prefers staying outside where he can best make use of his skills. He’s best known for defeating a blue wyvern in his youth, one from which he had his armor made as a tribute to such a brave accomplishment.

There are two stories that seem to circulate the most. The first one says there are no female dwarves in the existence, and that the male ones sprout out from stone, while other ones say the females do exist but they also all have beards, a fact that might confuse some people to the point of never being sure what was the truth.

She’s been ever fascinated by blacksmithing, a skill that allows her to create intricate weapons and armor out of raw material. For her, this is a pinnacle of creation, and knowing what she makes helps her people in the many battles that are coming makes this job even sweeter.

Her fascination with deities and religion has led her to learn all about the history of her kind, and the many deities they have worshiped, and she’s been working on a tome for the last decade. This tome will contain all the knowledge she has gathered, carefully presented in a way she deems most optimal. 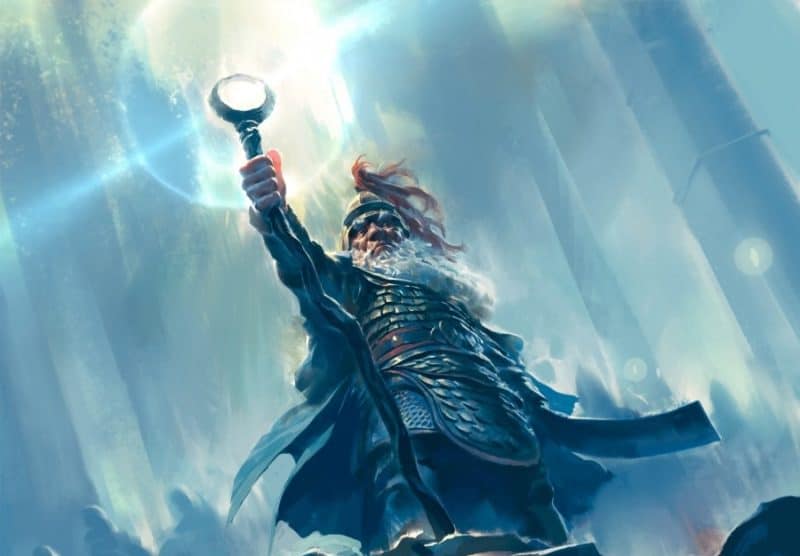 As most dwarves, if not all, live in a patriarchal society, the males are raised to be brave with a strong sense of honor, and justice, and to greatly care for their family and clan. Good guidance, along with being naturally determined to the point of stubbornness, allows them to become great smiths, miners, and soldiers of the highest quality.

He was an orphan who got adopted into a poor working family of dwarves who owed all they had to their mining success, whereas most males continued the tradition. He, on the other hand, showed great aptitude for magic, despite earning his nickname after a certain alchemy accident.

A veteran of four wars and dozens of battles, small and big, one who enjoys great prestige and admiration among his kin. He leads by example and gives everything he’s got, and when all things point to defeat he is somehow able to rally those around him, inspiring them and instilling a renewed will to fight.

Not all dwarves are meant to be serious, and sometimes the story or game at hand needs and deserves a fun character, and creating a funny dwarf name for them is certainly the first step in the right direction.

He’s tall for a dwarf and built like a mountain but his strangely shaped feet don’t allow him to move properly, and he always seems to be wobbling. As if that wasn’t enough, they are also a source of laughter for many of the bystanders, a situation he is still not used to.

He’s always been fascinated with smell, from flowers to manure, and ever since he discovered he could mix various smells into a concoction that would later produce a wonderful smell, he’s made an absurd amount of money selling the famous so-called Poofume, especially in human towns and cities.

Some dwarves accomplished what many aren’t able to even dream of, and the very mention of their name brings joy or despair as soon as it’s heard, depending on whether you’re their friend or foe.

This brave general rides atop his trusted mount, a dire ram, and leads his men in every charge. As all the infantry has their orders which they will abide by without question, he uses this knowledge to steer his cavalry to strategic places where they can do the most damage, and turn the tide of battle.

No matter who you are, or what kind of armor you’re wearing, if he hits you with his hammer you will feel it. Sturdy, even for a dwarf, this dwarf is in his prime and is anxious to head into battle, and if there’s a long pause between battles he makes certain he finds someone to fight or wrestle at the very least. 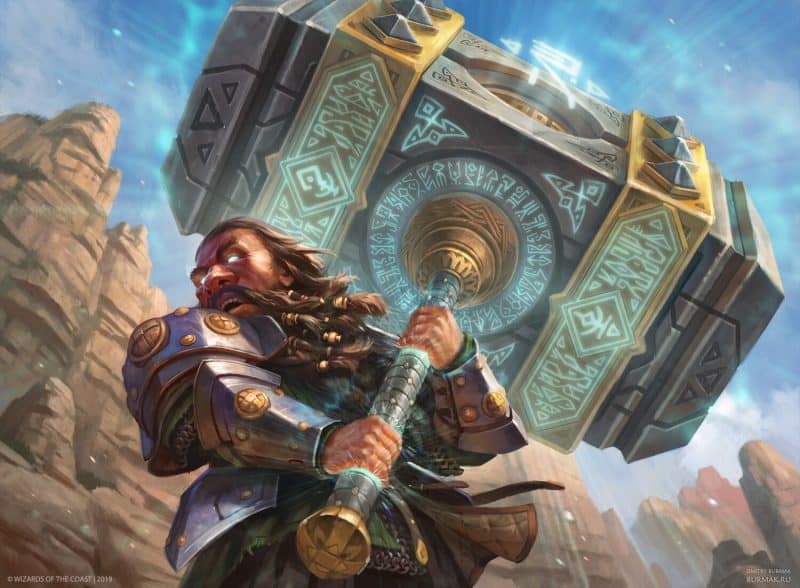 After the unsuccessful attack on Ironforge, they were driven back, deep into the depths of the Redridge Mountains before the counterattacking started. This was the end of one era and the beginning of another where they now serve Ragnaros the Firelord. You can check out our World of Warcraft Dark Iron Dwarf Name Generator for even more information.

Having listened to countless stories of his ancestors getting slaughtered he grew up hating other races, where his family and his race come before everything and anything, and this deep resentment often manifested in bursts of anger, both on and off the battlefield, which always led to innocent victims.

As the first of her line to become a priest, it was a great honor for both her and her family, and she never stopped rising through the ranks. Today, with a family of her own, she continues to lead an exemplary life from which others can learn so much.

They rarely venture out of the mountains, and those who do so only do it because they have to, where it’s usually a business-related issue. For them, when at home, there is almost nothing sweeter than finding a cache of gems or other precious materials deep in their mining shafts. You can also visit our Mountain Dwarf Name Generator for even more information.

He’s been in the mining business ever since he was a wee bit lad, and his love for gems and other treasures only grew as he did. After more than fifty years of mining, he’s going strong, and today a dozen of other dwarves work for him and all of them play an important role in his company.

A master armorsmith, this dwarf has more than 70 years of experience and the work she’s done has always been nothing short of magnificent, and even the king himself recently ordered three dozen suits of plate armor for him and his elite guard.

Compared to Mountain dwarves, they are more friendly, open to communication with other races, and prone to going on all sorts of adventures, be it for business or pleasure. Having lived in the hills for a long time now, they adore gold and other precious metals and happily trade with whoever has something in return. Find some more information and ideas with our Hill Dwarf Name Generator.

She’s currently traveling to a familiar destination, a town on the edge of civilization where one can meet all sorts of people, try numerous different cuisines and drinks, and find the things that couldn’t be found almost anywhere else.

Having a good and reliable source of gems through his connection with his two cousins, owners of a notorious mining company, he’s been able to produce jewelry of extraordinary quality, and his products are highly sought after in the whole kingdom. 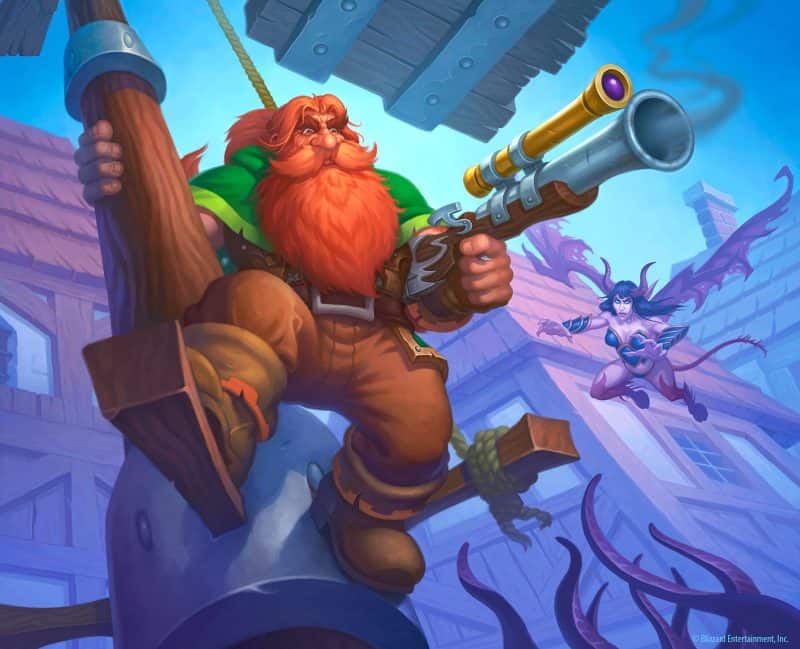 The last name provides a sense of belonging, origin, and history behind the character. It represents the family they belong to, and many feel their family name deserves as much honor as it can get, thus members are taught that their every deed affects the family and not just them.

The family is known for having discovered and excavated the largest diamond in the history of their race, and ever since that day they have enjoyed both notoriety and fame, and these newfound riches propelled their business to a new level.

While no one alive knows the real history behind the first man under that name, it is said he was a great warrior of many battles who received a castle and all the lands that come with it, after his great sacrifice during the so-called Great Orc War.

Clans are an important aspect of life for most dwarves, where they also serve to add another layer to their identity, and being a part of one is both an honor and a responsibility as their actions affect their clan as well.

This small clan acts more like a mercenary group where all members are capable warriors with years of experience under their belt, both male and female, and they have been renting their services to the highest bidder for the last two decades.

After being threatened by lizardmen from the eastern marshes, they rose up in defiance of this brutal attempt at tyranny and drove the enemy back to their temples. As if that wasn’t enough, they continued to press on and raided all of their homes, eliminating them all to the last one, young and old.

Dwarven names draw many similarities with Norse names, and as such are often simple but gruff, and usually start with a consonant, and even double or triple one, such as D, T, R, W, Dw, Th, and Wh, such as Rorn, Torgil, and Thargal. That said, it’s not surprising to see female names such as Elkbela, Athlia, or Elwynn.
You can also visit our Dwarf Name Generator for more inspiration.

What made you decide to make your character a dwarf? Is there anything different about your dwarf, and what is it? How did you find the naming conventions mentioned in the article, and have they inspired you toward the final name? Share your thoughts on how you create a name for a Dwarf by leaving a comment below.