Well, that’s why you are you and I am me. I understand all of this, and you don’t because you’re dumb. And when good ol’ Fruma dies, and that’s me if you haven’t realized, people will remember my name and my inventions, while you will just be a dumb corpse. 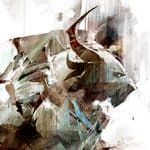 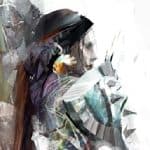 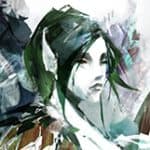 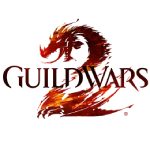 Having once lived underground, only to be driven to the surface by a herald of the Elder Dragon Primordus, this race continued to flourish thanks to the arcane knowledge, powers, and inventions that all members of the Asura race possess.

Today, their technology dots the lands, and the greatest example is the great city of Rata Sum, a huge floating cube riddled with passages, where three colleges are taking different approaches on how to unlock the secrets of the Eternal Alchemy.

Society is made out of krewes, research organizations where everyone strives to do their best, where their tenacity allows them to make major breakthroughs and make their names known, names such as Technomancer Kheogg, and Conjuror Shuakki.

While Asura don’t have last names per se, their names are often accompanied by a job title, or sometimes a krewe-name as well.

As the head of a major military installation, she’s responsible for a whole company of builders, diggers, demolishers, and other kinds of engineers, a company that has proved to have had far more influence on the war than first imagined.

Animals are fairly often used within households, be it for farm work, guarding duty, or even fighting when needed, and this Asura specialized in keeping all sorts of creatures at her disposal where she uses some herself while the rest are sold to those who need them and have the coin.

If someone got lost, or you need to find a long-lost location, he is the one to hire. He’s been everywhere, seen everything, and if something’s actually unknown he will get to the bottom of it as easily as one rummages through their pockets for that last coin they have.

The Asura relish mental prowess far more than the physical attributes, and the females are not much different from their male counterparts, preferring deep thinking and research over more mundane things.

For generations, she’s been advising the same bloodline of rulers, counseling her fourth leader today, and leading as a certain power behind the throne, albeit she recognizes the limits within which she must act if she is to keep her potent role.

If you need a house, a wall, a tower, or anything else, you call Lhuxxu and consider it done. She’s been in the construction business from an early age, inheriting her father’s business, doing far better than anyone really expected, and almost doubling the profit over the last few years.

As a teacher, he leads a slow predictable life where many new students are trying their best to understand his concepts and apply them to life. During the night, he’s working on a top-secret project, one straight from the top, where he uses complex methods to try to decipher some of the messages the kingdom’s rivals have been sending recently.

Their bold and meticulous research methods stem from intelligence and confidence, and the experiences shared within the communities provide the necessary knowledge to further fuel that practice towards great success.

Reaching old age wasn’t easy and he has learned much over the years, especially when it comes to politics, diplomacy, and advising in general. Many nobles, even rulers, have come to him for guidance, and he’s probably been on more counsel meetings than all of the other nobles combined.

The factory must run with utmost perfection, and he has been tasked with that exact job. Meticulous, restless, and a true perfectionist, he patrols the site and makes sure everything is running as optimally as it can. While others don’t really like him, they do appreciate his tenacious ways that make certain all workers are performing at their maximum capacity.

New inventions and technology are always welcome, especially if it has a lot of practical use, and his department has been working extra hard on the latest war project. Soon, the day will come when he presents it to the ruler, and the people, the day when the tides of war will finally change in their favor.

The Asura aren’t a physically imposing race but they more than make up for it with their intelligence. Living in research organizations where many specialize in their fields, this race rarely finds problems they can’t solve, and their technology is used widely across all lands. Their greatest enemy recently, however, has been themselves, where frequent internal conflicts continue to threaten to tip the balance in one way or the other. Think about who were their parents, where was the character born, what is their occupation, what might be their dreams and goals, how do they plan to achieve them, and create a name worthy of the marvelous inventions and technologies they will surely get their hands on.