“Yesss, that isss rightss..” – the female Yuan-Ti priestess said. “Make your wayssss to the human cssiityy, hide your presssenceesss, and learn what you can.” – she hissed with excitement. “At once-sss, lady Zselkeha, I will do as the Godsss bid ussss” – he hissed back, with equal joy and anticipation. 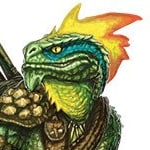 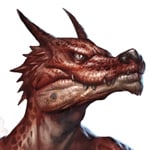 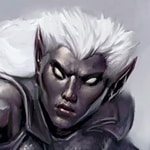 Yuan-Ti Purebloods are humanoid creatures that have one or two distinct snake-like features, such as snake-like eyes, forked tongue, patches of scaly skin, and so on. They are of a similar size and weight to humans, and many have psionic powers.

Their personalities are rather alluring and almost magnetic, and they enjoy spying and deceit. Since they aren’t as likely to stay attached to their tribe, they often venture to the outside world, where most successfully infiltrate other societies.

Due to their snake-like nature, their language has a lot of hissing, which also shows in their names. There is also no need for last names, as they simply all belong to the Yuan-Ti race. Names like Sshetshih, Yolsush, and Hahlothass are common ones.

Apart from the fact that females lay eggs, and some other physical differences, they don’t really differ from the males. Same goes with names, you wouldn’t be able to recognize the gender just by hearing a Yuan-Ti name, especially if you’re an outsider.

As high priestess in one of the temples, she’s responsible for leading all the rituals that will prove to be vital for future success.

Leads a group of scouts and spies, following a direct command, to the edges of the swamps, as those inside the temple prepare for things that will soon follow.

One of the dozen priestesses chosen to do complete dark rituals, creating various snake-like monsters for even more devious experiments.

After surviving a dragon attack, merely because the dragon chose so, he’s now one of the numerous slaves in the dragon’s lair, mining, cleaning, and anything else needed.

A male sorcerer, effectively using deceit to rise up in ranks. Ultimately, he wants to rise to the top and undertake a new way of leadership.

Living in the swamps surrounding the temple, he’s yet to earn his place in the underwater temple of his people. Little does he know, destiny has high hopes for him.

An emperor one day, slain and sacrificed the next. Now known as One Day Emperor, along with a more flattering name, He Who Lifted the Curse.

Yuan-Ti Purebloods are the most human-like among their race. If they can hide their snake-like features, they can pass off as humans, thus allowing them to experience a different kind of life. With mental powers, they can be excellent scouts, spies, and assassins, and offer multiple fun roleplaying options. To experience all that, and more, make a Yuan-Ti Pureblood character and see how the world embraces you.

Did you enjoy this guide? Please, tell us some of your favorite names in the comments and share your own methods of coming up with a Yuan-Ti Pureblood name.