The poet nervously waited next in line, feeling the jitters more and more. He closed his eyes and mumbled a quick prayer. “Divine Thalia, I beg you, lend me your power. Many lives depend on my next performance and I’m sure you’re aching for a good one, too.” 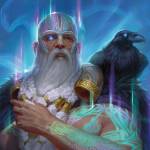 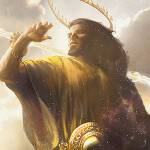 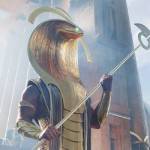 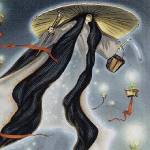 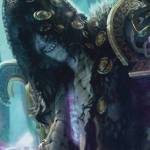 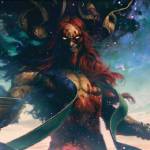 Just like in real life, some pantheons would be nothing without their Goddesses. While some religions portray male Gods as the ones in charge, others have female Gods as leaders in main roles, ones that more than deserve their divine status.

Oftentimes the worshipers draw parallels between the Godly world and their own and having Gods of war, strength, beauty, and other similar virtues is a pretty common occurrence. As in life, more delicate virtues can often be tied to the female Gods.

Regardless of what a Goddess is associated with, they are worshiped the same way, the stories of their holy deeds reach even the most remote of locations, and the names like Hestia, Shiva, Aphrodite, and Freya are being spoken around the world.

If you find yourself lacking creativity, make use of the existing names of ancient deities to guide your path. Change the order of the letter, take only one part of the name, or combine parts of multiple names. Those are some of the ways how to come up with what you’ve been looking for.

This ancient Goddess of Honor was once ever-present across the whole continent. Soldiers died with her name on their lips, knights rode under her banner, and even wars were fought in a noble way. As time changed, people speak as if she is no more but a certain future incident may change this perspective once again.

Many natural phenomena were attributed to divine deities and spirits, and often in the form of a female Goddess. Their stories intertwined with other Gods, male and female, and were equally worshipped all around the world.

Goddess of fertility and mother to Goddess of Hera, among other divine beings. In Greek, her name means “the one that flows”, alluding to the ever-present flow of generations.

Many Egyptian Goddesses find themselves taking a major role, for which they are praised by numerous worshippers across the land. Their importance is well documented, in books, carvings, temples, and other similar holy locations.

This Goddess is tied to motherhood and protection but also funerary rites and magical healing. She also has a major role in both Greek and Roman religion. As part of all rites of the dead, she was also tied to pharaohs and kingship in general.

While Norse mythology portrays the male Gods as the more prevalent ones, there are more than a few Goddesses that catch one’s attention. The stories behind them turned them into divine legends whose names were uttered by a plethora of worshippers.

Goddesses can be, and most often are, no different than their male counterparts. They can enjoy the same divine status, be at the very forefront of their religion, and may possess supernatural powers and abilities. Just and forgiving but also envious and vengeful, they are almighty, and those who worship them know what to expect. Think about what the Goddess is best known for, who and where are the worshipers, what kind of power she potentially wields, and come up with a name worthy of her divine role.