“Bretons are curious people, to say the least.” – the king’s advisor said knowledgeably, which he soon explained further. “I had a Breton friend, Rolanold Nessoric was his name. I swear, whenever I thought I knew him completely, he somehow managed to surprise me, one way or another.” 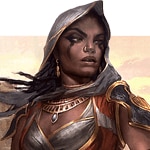 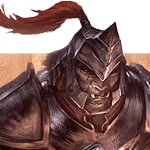 Bretons are slimmer humans who are united through culture and language despite some failings of the feudal society they live in. They mostly make the peasantry and the middle class, while the nobility and magic are reserved for certain people only.

They like to prove themselves and questing, as they call it, comes naturally to them. Most live in huts and houses, though in their own minds Bretons consider them their very own version of a castle, and their cities serve as big trading hubs for all.

Some of the greatest knights are Bretons. Many Breton desire glory and renown, so their names like Istrtick, Daranold, and Amarth could be echoed through eternity.

Some come from noble houses, while the most are simple commoners, left to make their own fortunes if they can.

Feudal hierarchy demands certain roles in society so the females are often the ones to do the cooking, house cleaning, organization, and everything else that revolves around house and family.

Her and her husband own an inn, one of the more favorite stops among the travelers, situated along the king’s road. The inn is best known for her magnificently baked apple pie.

An accomplished adventurer, traveler, and searcher of forgotten lore, she is equally skilled with bow, sword, and magic.

Of house Pannick, she’s the second daughter of the Duke of Wingham. She enjoys good reputation, while in secret she’s working to undermine the very foundation of her own family.

Adaptable and curious, they are some of the best adventurers, wizards, and knights the lands have ever seen.

The well-known archmage of the Academy, he’s a master of conjuration and abjuration. Several spells he himself created found their way to the Tomes of Magic, a written archive of all of their arcane knowledge.

With his childhood being as tough and hard as it was, it was no surprise he took to thievery, and then ultimately murder itself. Today, he’s a ruthless killer, a sneaky individual capable of horrific things.

Also known as Ironwill, a knight of the old code. He’s chivalrous, merciful, honorable, and well skilled in arms. He enjoys traveling the land, fighting evil, meeting people, and learning new things along the way.

Bretons can be evil and treacherous but also noble and honorable. With their somewhat curious natural affinity for the unknown, along with their affinity for magic, they offer a wide variety of different characters and personas to the table. As a Breton everyone has a chance to break away from the mundane ways and rise to new heights, providing a much brighter future for themselves.

Did you enjoy this guide? Tell us some of your favorite names in the comments and share your own methods of coming up with a Breton name.