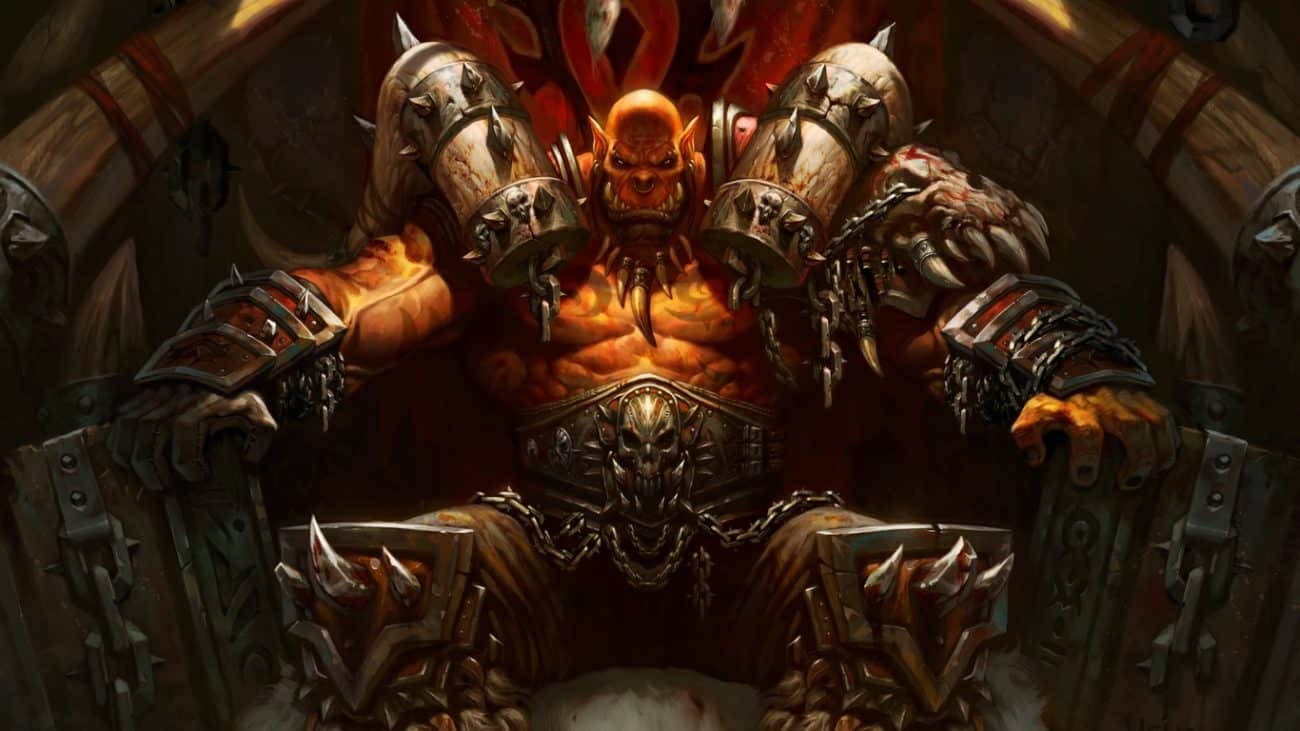 Not all orcs are the same, and much depends on the world and setting they live in. That said, many share similarities such as names starting with consonants such as D, G, K, L, N, R, and Z, which seem to be used in most cases. The names usually have one to three syllables, whereas the last name is often a nickname earned on merit. Examples of this would be Shakk Elf Slayer, Gardoll The Mighty, Trushnag the Fierce, and Urzoth the Lifetaker.

To humans, a good orc name will often sound close to barbaric, even if it’s rather easy on the tongue. The last name, which is usually given by others, tends to be more conventional from human culture’s point of view. Double consonants such as Gr, Dr, Kr, Zr, Dh, Bh, and Rh, are a good way to start when coming up with a good orc name.

After managing to survive grievous wounds that would kill almost any other orc, he plotted his revenge as he continued to heal back to the original state. After months and months of planning, resting, and recuperation, he then proceeded to visit his attackers in the night and strung their heads and entrails on spikes in front of their tents for everyone to see.

While the official story is that he’s been struck by a wizard’s foul magic that almost decomposed his flesh, the truth is that he is stricken with a rare disease for which the only cure is located in the very heart of the elven lands, and this is the real reason why he’s currently leading an army toward that location.

While almost every female orc is considered a mother, the real truth is that the children are mostly left to themselves, and the ones who plan to survive to adulthood better be strong and merciless when needed, for the life of an orc is very unforgiving.

With seemingly no sense of humor whatsoever, she is the embodiment of sourness, always having a pessimistic look at life, albeit she claims she only speaks the truth. Whatever the case may be, others aren’t very fond of her and it’s beginning to affect her to the point she’s contemplating leaving.

The males like her stern approach toward the younglings, knowing they are in good care as strength is what matters the most, and those who can’t stand mere obstacles of growing up have no business being a part of future warrior ranks. 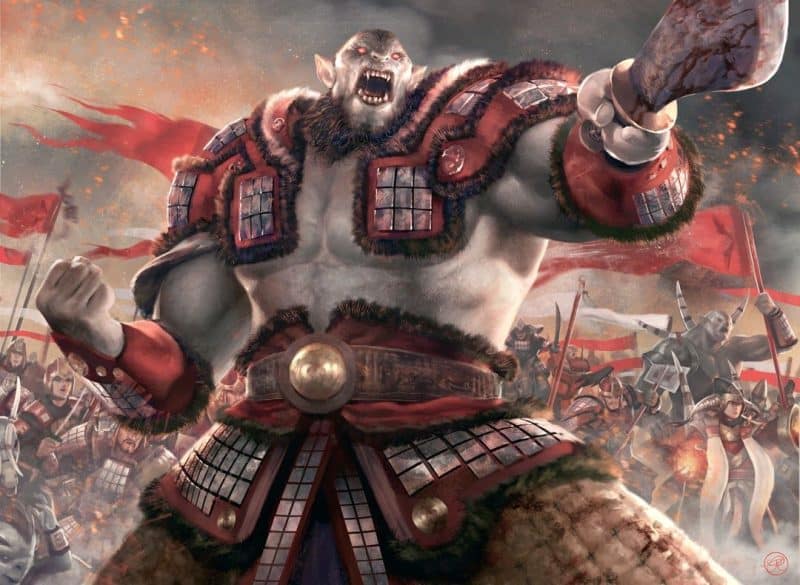 Violence, desire for dominance, and thirst for battle are some of the attributes that most male orcs seem to have, and the battle is what they all seek, for to fight and die on the battlefield is certainly one of the better ways to go.

Whatever the options may be, one constant is always there. Attack. Attack with all might, and to include any sense of strategy to the decision his generals have to beg to be listened to, and this fact has almost cost them the current war twice so far.

On a good day, he will hit you before listening to what you have to say, and on a bad day everyone knows not to come anywhere near him and do well to stay out of his way. Still, every warrior present appreciates and respects his fury on the battlefield, feeling he does everything to inspire them and succeeds at doing so.

Half-orcs are usually offsprings of a human mother and an orc father, though there are stories of situations where it was vice versa, though there is rarely any evidence to support this claim. Check out our half-orc name generator for more names.

Having been raised by half-elves who found him alive among the dead peasants, he grew up with a kind and gentle heart, though anger sometimes gets the better of him. This usually results in fits of rage, something that will one day prove to be the reason for both his survival and his fate.

As one of the slaves in an orc camp, deep inside the mountain where the dragon they serve lives, she’s struggling to survive this all-but-impossible life. However, the slaves realized the dragon always leaves for at least a week when he does so, and the plan to escape will be put into motion the next time the monster leaves. 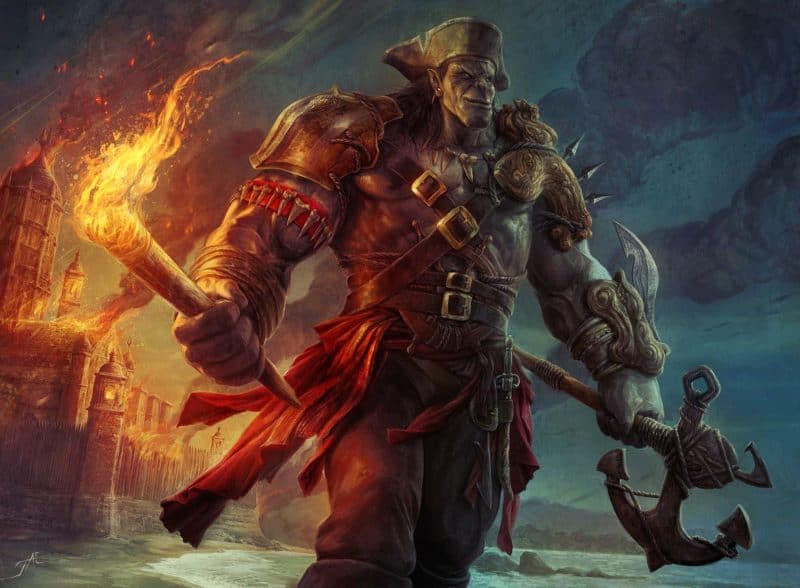 Using something serious in a funny way often surprises people, especially when there’s no reason to expect anything other than ordinary, and portraying orcs in this unconventional way allows us to both dazzle people and make them laugh, or smile at the very least.

Whenever he meets someone outside his race, he gets accused of lying and wanting to attack that person, only to be forced to defend himself and then kill them. While the others in the clan approve of his mercilessness and often commend it to his face, he’s wondering what did he do wrong to be so misunderstood in everything he does in life.

For some reason, many orcs decide to fight him as soon as he introduces himself, and his whole life he’s been convinced he found the best way to impress others as he keeps winning the duels and then befriending these now-former opponents.

While some names can undoubtedly sound better than others, the real notoriety and fame come from the actions and feats characters perform, and the names of those kinds of orcs echo throughout the years to come.

He earned his name not just for eating a lot but for his taste for blood, staying ever-hungry for a new kill, and nothing but the sound of his enemy’s screams as they fall down in front of him could satisfy that hunger.

This vicious orc has been praised for his ability to track, hunt, and kill dragons, and he and his fellow hunters are tracking yet another one. This isn’t just a random dragon, however, but one who’s responsible for the hideous acid scars the orc earned over a year ago, during their first encounter. 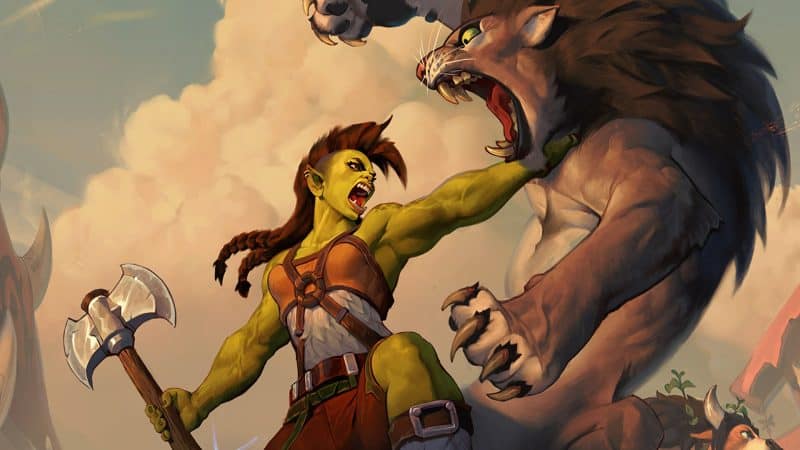 Orcs seldom have a last name, and instead have nicknames that are usually given by others, and it’s often their actions that dictate what kind of a name will be bestowed upon them.

For showing extreme brutality, on or off the battlefield, this nickname is usually given after the individual shows just that, and Zorgim the Brute, the orc who has barbarically slayed hundreds of humans and elves, is a prime example of that kind of person.

While there might be more than one reason to give such a nickname to someone else, Forgil the Snake received it after proving that no matter how drunk and lying on the ground he may be, he is still dangerous enough to be able to kill someone should the situation demand it.

Orcs usually live in clans, or tribes, where the strongest is always the leader or about to challenge the current one. Life in a clan involves many hardships but the brothers-in-arms that are gained through numerous battles forge difficult-to-break bonds, ones that usually last until one of the involved dies.

Unbeknownst to the orcs of the tribe, there is an ancient artifact hidden deep in the nearby mountains, affecting the water springs from which they drink, and is responsible for so many twins being born. Of course, the orcs didn’t miss what was happening and decided to name their tribe in honor of that fact.

When going to war, all warriors soak their hair and paint their faces in blood, and only the blood of humanoids and certain animals will do, such as a wolf, or a bear. The blood ritual, as they call it, serves to connect them to their deity as well as make them appear even more menacing.

Depending on which orcs we’re talking about, living in a city can be a common occurrence for many orcs, and while they might not be as pretty and elegant as the elven ones, orc cities are mostly built with efficiency in mind, no matter how crude some of them might be.

This former human castle was besieged, captured, and sacked before the orc Horde moved on. Before they left, however, they left a small garrison who would await the women and children arriving behind. Today, twenty years later, the city has flourished and is now one of the major orcish strongholds in the region.

To the far north of the human capital, deep under the snowy mountain peaks, lies one of the most important orc cities in the whole kingdom. As the last city on the edge of their territory, it also serves as a hub for other races to do business, and it has become one of the biggest trading hubs in the region.

Orcs are a violent race of humanoids, often taller than humans and far more aggressive by nature. Their names can remind us of barbarians, such as Zahgorim, Nagrub, Grishar, Kringar, and Ruthug. Using double consonants as we mentioned is a good start, and you can always check multiple examples written in this article or have fun with our orc name generator.

Did you find the information useful? Has it helped you in creating the name you always wanted? We want to hear your thoughts, and you are more than free to leave a comment below and let us know what you think.