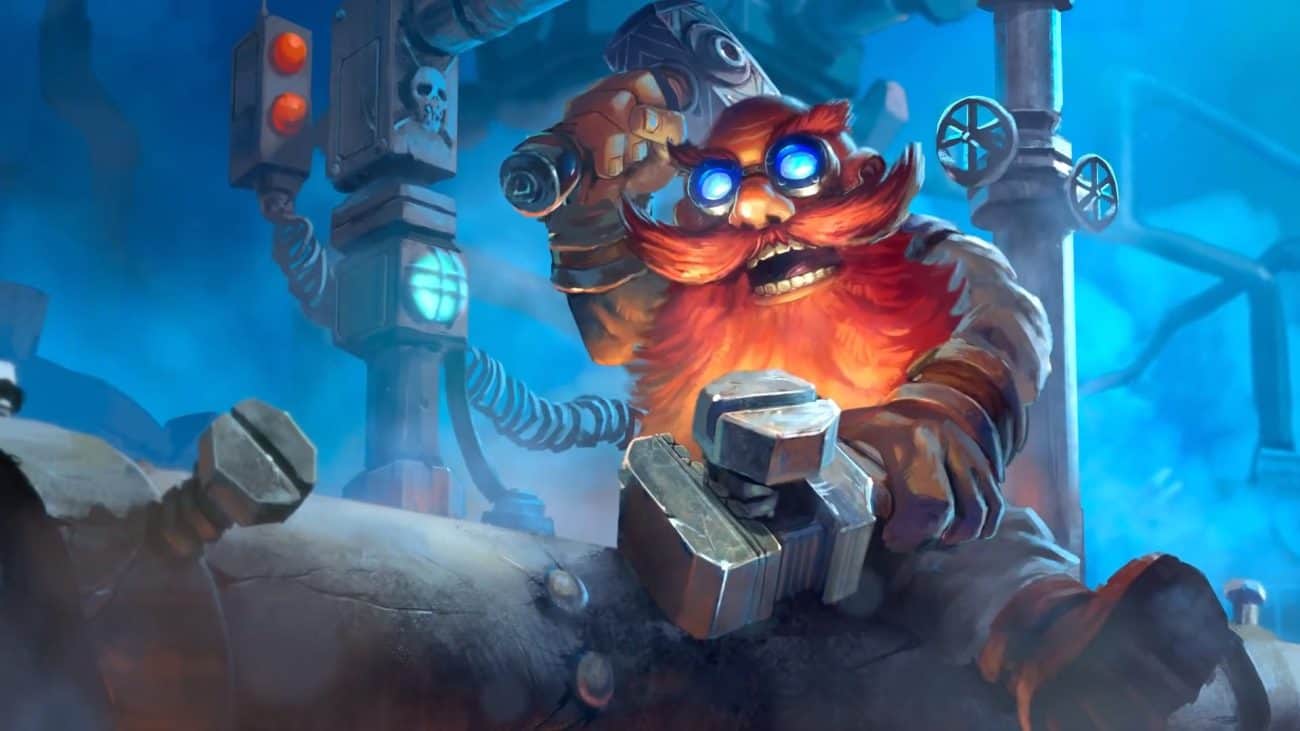 Almost every Gnome has a first name, a family name, and a nickname, and it’s quite common to see each relative giving a nickname of their own, ranging from simple ones like Cloak to more complex ones like Scumbleduck. This results in quite long names that are viewed as normal by others of their kind, while most other races keep wondering why so many names are needed in the first place. Still, most tend to choose up to three such names to make it easier for others to remember.

A good Gnome name is usually made from a couple of names, first name, last or clan name, and one or more nicknames where each carries its own significance as they were chosen from a dozen or more that were given by others, mostly family members. You can use the same first letter for all but the last name for extra impact. Examples of such names are Walby Wibbles Wilfiz Grimboodle and Benedict Bindmend Bipple Sprocket.

This tenacious gnome is a very capable alchemist who won’t allow a few minor incidents to stop him from achieving his goals, and the recent discoveries have proven his work to be on the right path. Still, these incidents always had consequences, where the last one made his assistant’s hair grow much more rapidly, to the point the man now needs to cut it on a weekly basis if he wants to see without any problems.

This young merchant always had a keen eye for valuable goods, especially gems, rubies, and similar minerals, and she’s used those skills to grow her business to the point where she now owns three different stores within the city, a feat not many can boast with. This is but a beginning, however, as she plans to expand more, as well as open shops in other towns and, in time, the capital itself.

Like all Gnomish names, female ones are similarly complex, up to several syllables long, and rarely sound harsh. While most have only a first and a last name, some will use one or more nicknames that were given by others and rely on the creativity of those who gave them.

As one of three daughters, she’s been helping her father by working in his tavern, cleaning the rooms, and helping with preparing the right ingredients for cooking. While the job always felt tedious and rather boring, recently a certain man who keeps visiting the inn caught her eye, and suddenly everything was brighter, more pleasant, and far more enjoyable despite her working routine never changes.

Living in a rather big community, hidden between multiple grassy hills, she’s been enjoying spending time with various small animals, from which the rabbits and squirrels are her favorites. Being able to talk to them allowed her to befriend multiple animal families, and it’s been clear she rather spends her time with them than with others of her kind. 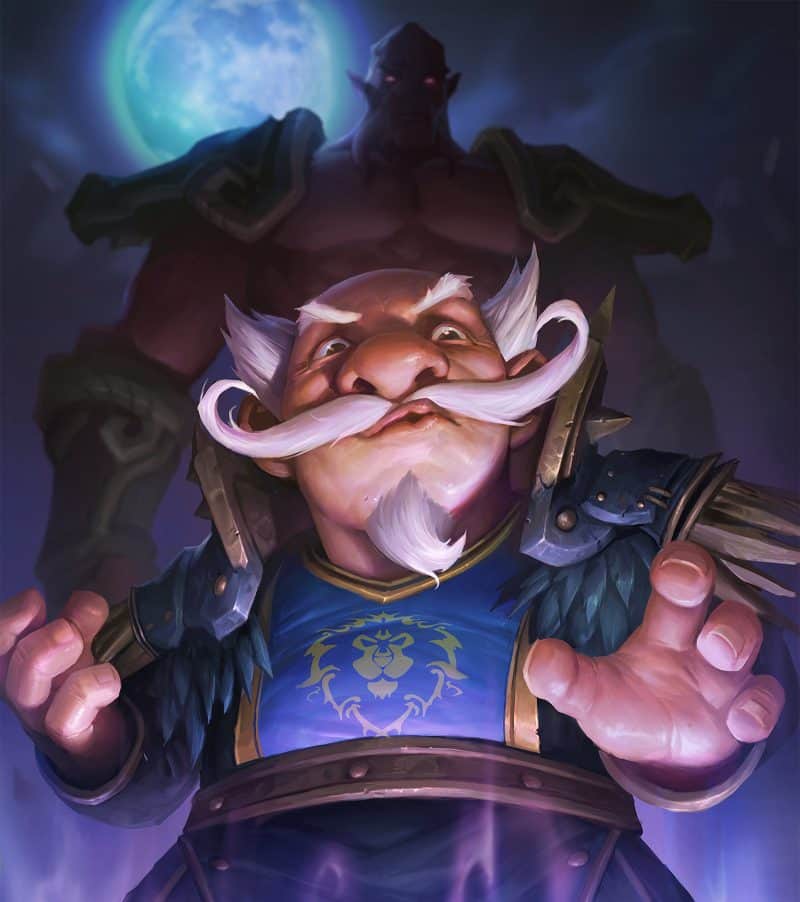 Male Gnome names are often simple but only the first one, after which usually more than one nickname finds its place, the more descriptive the better, followed by a last name that feels is the most important part, such as Killian Redthumb Slyfox and Druthrig Winespill Cobblefoot.

He’s an expert mason who’s helped build numerous houses during his life, and everyone’s very grateful for that, especially since he’s not charging too much for his services. That said, ever since a particular incident, more than fifteen years ago, he’s had trouble hearing, and this continues to be very annoying for others as it’s the cause of many misunderstandings.

This white-haired gnome has physically withered from age but still possesses a clear and rather sharp mind for someone that old, and he spends his time reading old scrolls, books, and tomes, searching for anything that can help him find the long lost family relic, one that he swears is magical in nature.

Gnomish affinity for names allows them to have several names and nicknames, all at once, and they relish the opportunity to introduce themselves with their full name which can often be as charming and amusing as their joyful personality. Use words that can be slightly controversial, or ones that aren’t used as much in public as they are in private.

This gnome hasn’t had much luck in life, whether it was his own fault or someone else’s, and for the last couple of years, everyone refers to him as Drunk Bob, someone who is wasting any potential he might have. If there’s any left by now, that is.

He’s tried everything. Working out, different diets, shaman rituals, numerous different potions, and even resorting to magic but nothing seems to help, and he continues to let them rip with almost every step he takes. Luckily, he found out that it happened far less frequently if he didn’t move much, so he’s been working on a three-wheel device that he can use to go everywhere while sitting down. 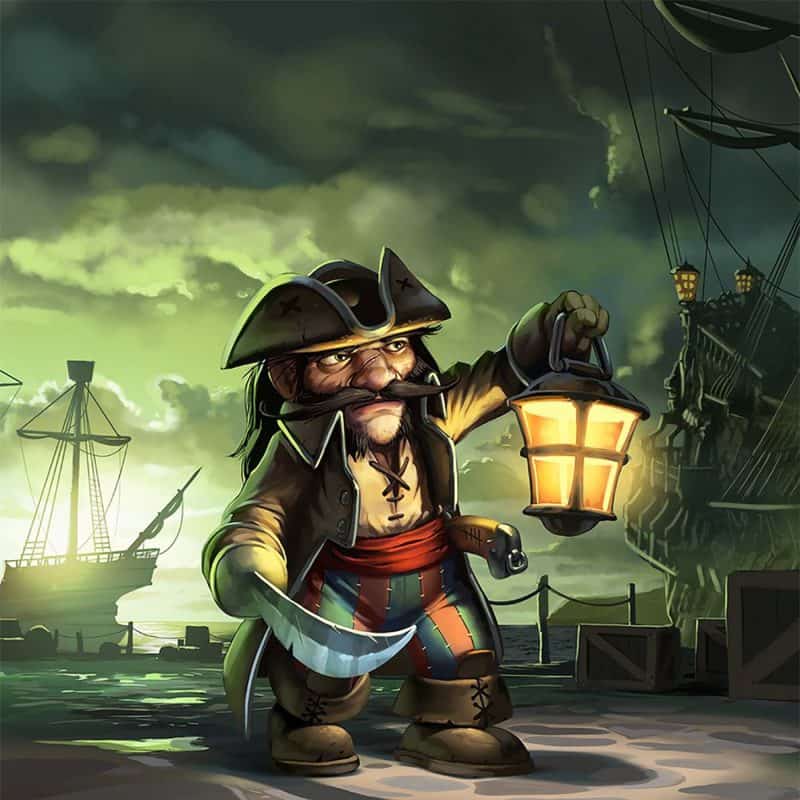 Gnomes are small creatures, and can often be mistaken for human children, especially from behind. Coupled with their carefree behavior and their affinity for benign mischief, it’s easy to imagine them having cute names, ones that can provide some insight into their personality, and cute baby names can be used for inspiration for this purpose.

This little gnome was born with extra large ears, and while some would think this would make him ugly it’s actually quite adorable, at least at his current age. The father, as he freely admits, is concerned about what the future holds but his wife keeps reassuring him that everything will be ok, and if not that they can always call upon the help of her wizard brother, something her husband feels would be the worst decision one could make.

Whatever the situation at hand may be, it’s nothing a bit of food won’t solve or, at the very least, make her feel better, and it’s a rare thing to see her not nibbling on some food wherever she might be. This, in turn, has made her grow bigger and bigger as time went by, and nowadays she’s turning to herbalists and other experts to find something that she can chew on and not gain any more weight as it’s starting to interfere with her daily chores and life in general.

While Forest Gnomes have similar first names as their other gnomish kin, instead of family names they often use nicknames that were given to them by others which end up being the only name they are known by. For example, while not everyone knows who Jelssa Dabrievost is, pretty much everyone heard of Floppyfeet, even if they haven’t met her. For more ideas visit Our Forest Gnome Generator.

Living in his treehouse, where birds, animals, and insects keep him company, he needs little else to have a nice life, and it’s been quite an enjoyable experience so far. Unfortunately, for him and his companions, a lizardman army is making its way through the forest, and there’s a high chance his home will be discovered, especially since he’s not yet aware of them.

After learning everything she could from another druid, with their blessing, she left to live on her own. Accompanied by her fox friend she rescued back when it was but a pup, she now roams the western part of the same great forest she grew up in, enjoying nature, hanging around with other animals, and living the life she always wanted. 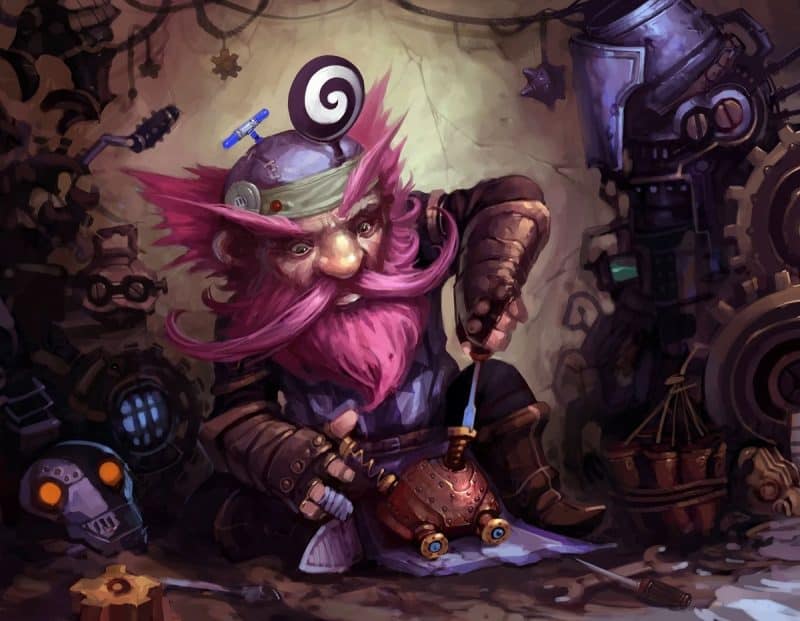 Rock Gnomes end up having multiple names during their lives, to the point where the last name becomes all but useless. Despite having multiple names, however, most like to introduce themselves with one name only, or simply add their clan name after it. Examples of Rock Gnome names would be Spixis, Odatra, and Vorryn Stonemelder. For alternative information and concepts make sure to visit our Rock Name Generator.

Reading, reading, and more reading. It seems that’s all he does lately but if you asked him, this is very much necessary if he is to decipher the ancient tome he brought from his last adventure. While others worry that the book might be dangerous to the whole community, he believes he found a spellbook of some wizard of the old, a book that could prove to be immensely helpful once he manages to solve its mysteries.

Old Mila, as most call her, is a gnome whose cooking knowledge and experience are all but unrivaled in the whole region, regardless of who we’re talking about. Her bread, stew, and two different cakes are the specialties that can be found only in her inn, an establishment made famous due to those very same products, and people from all over the world visit just to try them out.

You can use German names to inspire your Deep Gnome first names, while most of their last names are usually made from words that are easily associated with earth, rocks, natural minerals, and anything else that can be found in their underground everyday life. Examples of such names are Marvin Rockfingers and Halla Gravelleg. You can also check our own Deep Gnome Name Generator for more inspiration on the names and backstories.

He’s the ninth Leadsniffer to run the company, and like eight others before him he’s been trying his luck by mining deeper and further than his ancestors have. While he managed to find several new veins and even a couple of smaller gemcaches, he’s completely oblivious that the direction they are going at the moment will lead them to a great cavern where an ancient dragon’s been sleeping for more than a thousand years.

Her family has owned a jewelry shop for several hundreds of years, spanning back to the time when the city they live in now was but a small town on the rise, and today they are one of the finest craftsmen in the whole empire whose services are sought for by the highest of nobles, including the emperor’s council members.

Gnomes are small humanoids living in all sorts of environments, where the location depends on which subspecies we’re talking about. Some Gnome names draw inspiration from real-life German names, while others sound more exotic and complex. While the names they have might differ, more or less, most have multiple names and nicknames, even to the point where their last name is either their clan name, is something they never used, or is forgotten for one reason or another.

What do you imagine when someone mentions Gnomes? Do you see them living underground, in a forest, in hills and mountains, or something completely different? If there are any special ways for coming up with a Gnome name, please, share it along with some of the names you already used by leaving a comment below.