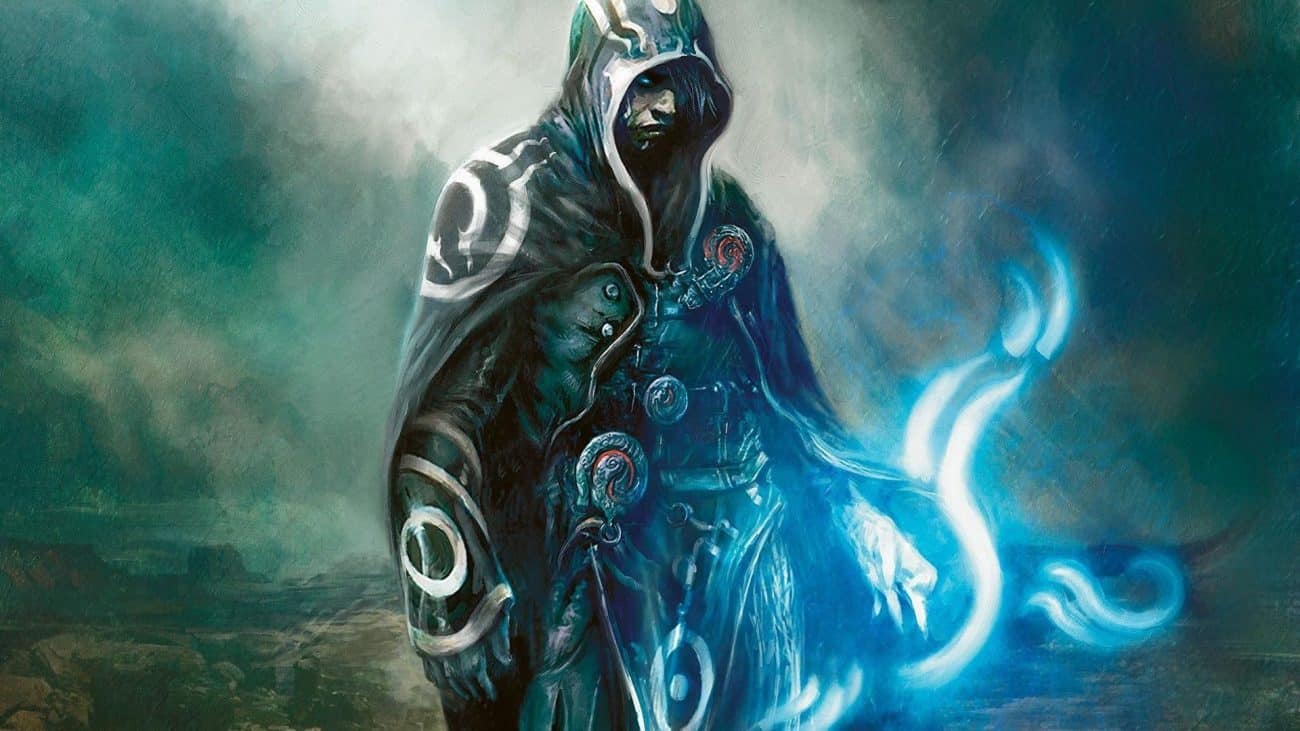 While some races are naturally inclined to magic more than others, wizards come from all sorts of places, and the names they have usually correspond with their race or the race of those who named them. As such, names like Jarvis Hornbottom, Goren Miraqen, Silverthorn, Ileqium Fintionix, and Syvis Mortoris are types of names that can be used.

Wizards are often mysterious, both in general and about their true identity, so it’s not uncommon that the ordinary person who people know as John Coppard is actually the famed Mage of Light, Ilumnatix, or that the halfling bartender known as Wilwan Tallshine is actually a wizard who goes by the name Wandspark. Using an unconventional first name, regardless of race, along with a more descriptive last name is one of the ways to come up with a good wizard name.

Showing great interest and aptitude for evocation magic, lightning is what she’s obsessed with the most, and she’s been testing and practicing most of her magic on a certain mountain while the people in the valley below can only guess what all the sounds and lights up there mean.

Living in the southern parts of the region, where the climate is rather warm, he was always wondering how he could make himself feel colder, and after discovering magic for the first time, from his father, he started to read and study anything he could put his hands on, as long as it had to do with magic.

When it comes to magic, gender has no bearing on any of the power that a wizard can achieve or has already, and there are many stories depicting female wizards as someone who can turn the tide no matter what the problem is, or what the stakes may be.

Despite the fact it’s all but forbidden and certainly shunned by pretty much everyone, she continues to practice necromancy in the privacy of her home. With time, she realized she’ll be discovered if she continues, so now she does it in a wooden shack built deep in the forest, away from any prying eyes.

Raised by a small half-elven community in the heart of a huge forest, she spent her days exploring, hunting and practicing magic with a certain old hermit that no one back home knows about, and it was this precise stranger who introduced her to magic. 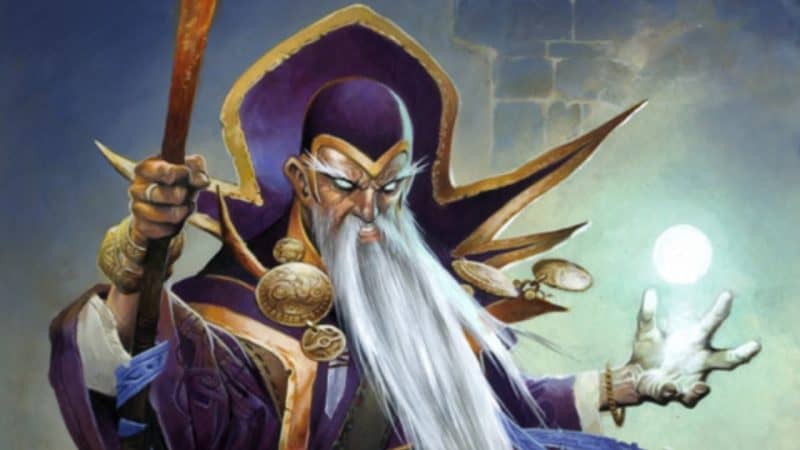 Some prefer to stay indoors, reading ancient scrolls and books, and working on their research, while others like a more hands-on approach where they can travel, see what the world has to offer, and ultimately improve their magic skills and abilities that way.

Out of pure curiosity, he decided to do a couple of experiments regarding a certain incident inside the academy he teaches in. Surprisingly, the tests showed an innocent man was accused, and now he races against time as he tries his best to prove the prisoner’s innocence before they are executed for a murder they haven’t committed.

As a town’s mage, he feels responsible for supplying the people with potions of various uses but he can’t do it all by himself, and this is exactly why he turned to a local herbalist, and a ranger living in the area, and together they have been doing wonders for the community.

Wizards don’t always focus on power all the time, and there are many ways of portraying a magic user where cuteness is one of them. Such an approach can yield magnificent results if we know the type of audience that will interact with them.

While the people around him believe this child to be a gifted wizard, possessing great abilities at the age of seven, a wandering elf who is currently staying in the same village is beginning to suspect the child is actually a sorcerer who has no awareness of how they got their powers nor how to use them on purpose.

She was always a happy child, smiling and laughing as often as she could, and she never failed to light up the room as soon as she entered. Today, at twelve years old, she’s been learning from a local mage for over three years now, ever since he discovered her potential by accident. 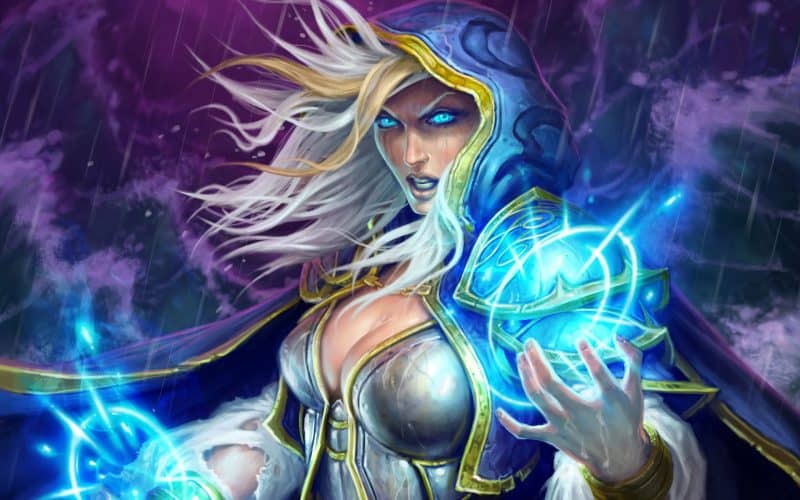 Magic and humor go well together, and if we can do it properly we can bring a lot more enjoyment to the situation at hand, and starting with a funny wizard name is one of the ways that allows us to also build the character’s personality using that name as the base.

He prefers dark magic, such as necromancy and any other kind of forbidden or long-lost ancient magic of the old, and this has proven an obstacle the moment he joined one of the prestigious wizard academies in the capital, as teachers forbid almost everything he’s been enjoying researching until that point.

Even though he’s very prone to mistakes, on a daily basis, he takes everything in stride, knowing he’ll get it eventually. Still, these mistakes are always accompanied by a chuckle that is followed by the same curse he exclaims every time he screws something up, which occurs rather often. Too often. In fact, it’s a miracle he’s still in the business.

Unfortunately, many wizards decide to use their powers to satisfy their greed, commit various crimes, and generally do vile things in order to fulfill their all but blind ambitions, and as such send shivers down one’s spine on a mere mention of their name.

In an isolated half-ruined tower from the old times, belonging to a now-extinct empire, this wizard continues to search for a way to raise his daughter back from the dead. Ever since fever and death took her, he’s been obsessed with bringing her back, to the point where a certain demon is now trying to use him in exchange for giving him what he wants.

This once great wizard is now a blight on the land, a curse that has been a plague for the whole region for the last two decades. His power was so great that he managed to become a lich, essentially becoming immortal until the end of time or until his well-hidden phylactery is destroyed. 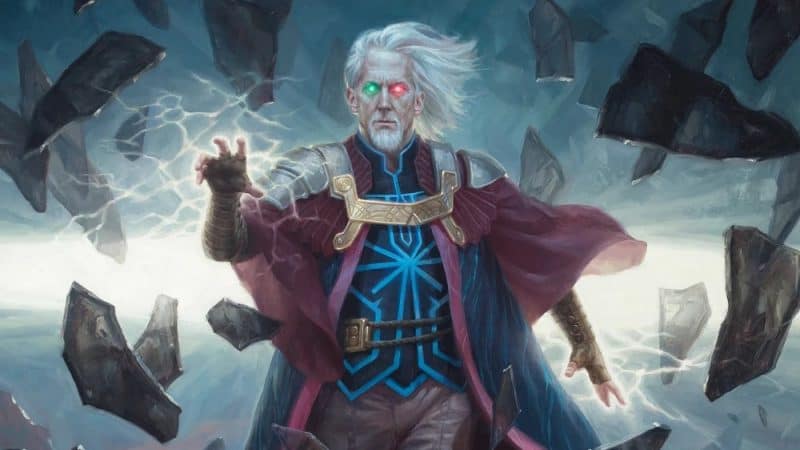 Having to deal with all sorts of magic, it’s no wonder how some wizards delve into forgotten and forbidden magic, often something they can’t understand completely and while this increases their curiosity, it can also make them miss the clear signs of danger.

Having been bullied for her looks and her magical abilities in her youth, one night she snuck out of the town and has been living in a nearby swamp ever since. Today, many years later, she’s about to lead her small army of zombies, skeletons, and other undead creatures and exact revenge on all of the bullies of her past.

Despite being a novice mage, no one can deny his potential, and if he continues to learn from his current master he just might become one of the greatest wizards alive. However, unbeknownst to him and as fate would have it, his master just got assassinated and the future of their current work is in jeopardy, which also means the whole kingdom as well.

It’s quite normal for wizards to have no last name, or haven’t used it for so long that they simply stopped, though sometimes they use nicknames instead of their real names, for one reason or another. On the other hand, the nickname some of them have often turns out to be their real name after all.

This old hermit is best known for his bright staff, something he claims to help him walk normally, and that it’s not real silver but a rare type of wood. While that all is true, it is also a great source of his power as it’s magical in nature and has several potent spells imbued in it.

This half-elf is mistaken for a druid by pretty much everyone living in the region. While it’s true he lives in the woods, alone though with several animals keeping him company, he’s is but a wizard who put aside his spellbook to enjoy all that nature has to offer.

Keepers of secrets, explorers of ancient tombs, discoverers of ancient relics, and innovators of many magical potions, wizards are all that and more. Their real name is often tied to their race, such as Brent Hollowstone, Halzor Lightfinger, and Imra Wysarora, while for a potential nickname they might have, one-word names often do the trick, such as Blackdusk, Highstaff, and Murkstone. For more information and inspiration you can also visit our Wizard Name Generator.

What do you think about wizards and their magic? Are they your favorite type of characters? Is there anything, in particular, you find most alluring? Let us know how you come up with a wizard name, and what you consider during the naming process, and share some names you came up with by leaving a comment below.