Seeing the pack of bugbears lamenting their share of loot, the party decided to put their new scroll to use. Moments after their wizard whispered the last words of the Unionize Foes spell, the bugbears began drawing up a list of demands for their higher-ups, allowing the party to creep past undetected 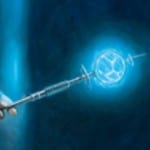 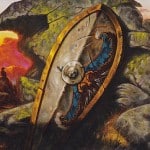 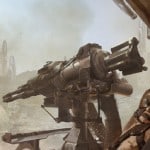 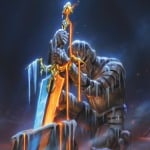 Magic is such an enticing idea that fantasy writers have been dreaming up spells for centuries. If you’re reading this page, you’ll likely be able to name a whole host of famous ones off the top of your head. Despite this deep well of knowledge, inventing your own spells can be really tricky. Take a look at my suggestions for all different kinds, and hopefully you’ll be inspired!

In the world of D&D, there are several naming conventions that can guide you. Some spells include the endorsement of a deity or historical figure, others leave some room for interpretation, and plenty are incredibly straight to the point.

Only the most vindictive druids make use of this spell, taking eight hours to send their ruinous intentions deep into the soil. No edible crops will grow in a two-mile radius of this point for the next year, though other wildlife is unaffected. If cast each week for a year, the effects are permanent.

When battling on the high seas, a cleric can attempt to use this deity’s greed to their advantage, targeting a 10ft cube within long range. All creatures in the area must make a Dexterity save, and take 3d6 force damage if they fail, as they are sucked beneath the waves for a turn. On a successful save, the creature takes half damage and stays afloat.

You can find inspiration everywhere you look, and even though some spells of the Harry Potter universe would be instantly recognisable, the world is now so huge that there are some really interesting names you may not have heard.

When in need of a fast escape, this charm transforms a flight of stairs into a slide with just the flick of a wand.

Any window hit by this spell shatters into thousands of pieces, the perfect way to cause a distraction in a pinch.

Fireball is arguably the most famous spell in D&D, and its name gets straight to the point. You can play around with all kinds of fiery adjectives and effects to create your new classic.

On a successful hit, this spell causes the target to believe holy fire has erupted inside them, taking 2d10 psychic damage. If they are evil-aligned, they must make a further Wisdom save. On a failure, the searing pain incapacitates them for their next turn, as they’re forced to rethink their actions.

As a bonus action, cause a mount’s saddle to begin smoldering for up to a minute. While concentrating on this spell, you can use an action each turn to inflict 1d6 fire damage to both the mount and its rider. Either target may free themselves from the saddle with a successful Dexterity save.

Not all D&D campaigns are gritty and serious, and amusing spells are a great way to inject some humor into a session. Coming up with funny names like these can be a jumping off platform to create a spell that your players will be dying to try.

A bard’s favorite, used to create a romantic atmosphere that lasts for eight hours. The spell conjures 1d10 lit candles, 1d4 luxurious throws, and 1d100 rose petals. The bard must roll a d20 to determine their state of undress, with a critical fail causing instant nudity.

Perfect for sticky situations, this spell provides a +10 bonus on deception checks made to deflect responsibility from the party’s actions.

I already can’t wait to test out some of these ideas with my party! What did you think of these new spells? If you have ideas on how to put these ones into practice, or some of your own, let me know in the comments. If you’re more into swords than spells, feel free to share this article with your friendly neighborhood mage.