With a crunch, the ship made landfall, the hull sliding into place on the sandy beach. “There she be,” the captain said to the adventurers gaping at the dense jungles and clouds of sulfur. “Firefang Isle. Keep yer eyes peeled for the salamanders!”

Isle of the Kraken 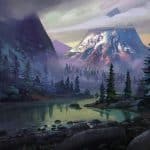 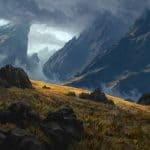 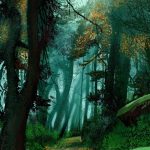 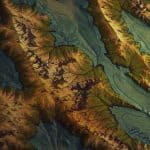 From tiny specks of rock in the middle of the ocean to massive tropical paradises untouched by civilization, islands are a great addition to a fantasy world.

Thanks to their remote nature, islands tend to have very diverse names. Local islanders often give their names to the island they inhabit, or sometimes an island will get its name from its physical features.

For an extra twist, consider giving an island multiple names. As different groups discover the island at separate times and each assumes they were first, multiple names can stack up.

Any ocean will have lots of islands, even if they are tiny, so whoever named them had to come up with a lot of names. Keep island names short and snappy, focusing on one distinct element of the island. Another trick is naming islands after explorers or the noblemen who paid for their voyages.

In the center of the peacock blue Camadian Sea sits this island, a vertical column of rock with holes in the sides. Feathered dragons live inside the stone, crawling through tunnels connecting to the outside.

The tree ents that call this island home are not fond of visitors, and throw fallen logs at approaching ships. If travelers manage to land, they usually are trapped in the pine sap pits hidden around the island.

Ahoy! Wherever easy pickings are available for the stealing, pirates will crop up. These islands are where pirates make their home in chaotic, anarchist communes, or where they bury their stashes of gold.

On the surface, this island looks tranquil, complete with lush jungle and waterfalls. However, behind the falls lies the laboratory of a genius pirate captain, occupied with constructing something called a “submarine”.

When you need rum, you come to this party island, taken over by a massive restaurant. Ask for Dog-Ear Donnie and he can find you a seat somewhere in the crowds of drunken pirates.

These are the islands of legend, whose names are only spoken in whispers between treasure-hungry adventurers. A visit to one of these islands comes at almost certain risk of death, but also with the promise of great reward.

A greying island that smells like rotting meat, the hills inland are covered in hundreds of gravestones. Underneath the stinking earth lay zombies of every race ready to attack visitors.

The red sand beaches are said to hide rubies beneath them, but nobody has returned from this island with anything except stories of the fanged mermaids who circle it.

The scent of delicious cooking crab has lured many ships to this island, populated only by large, sentient crabs. The tyrannical Crab King is known for burning enemies alive, crab or otherwise.

Home of the famous Plaimack color-changing sands. Dragging your foot through the glowing white sand leaves a rainbow trail of colors behind, making this island a popular tourist destination.

Did you enjoy this guide? If so, share it with your friends and say hello in the comments below. Islands are a fun and fresh addition to a fantasy world, and naming one is easier than it seems.