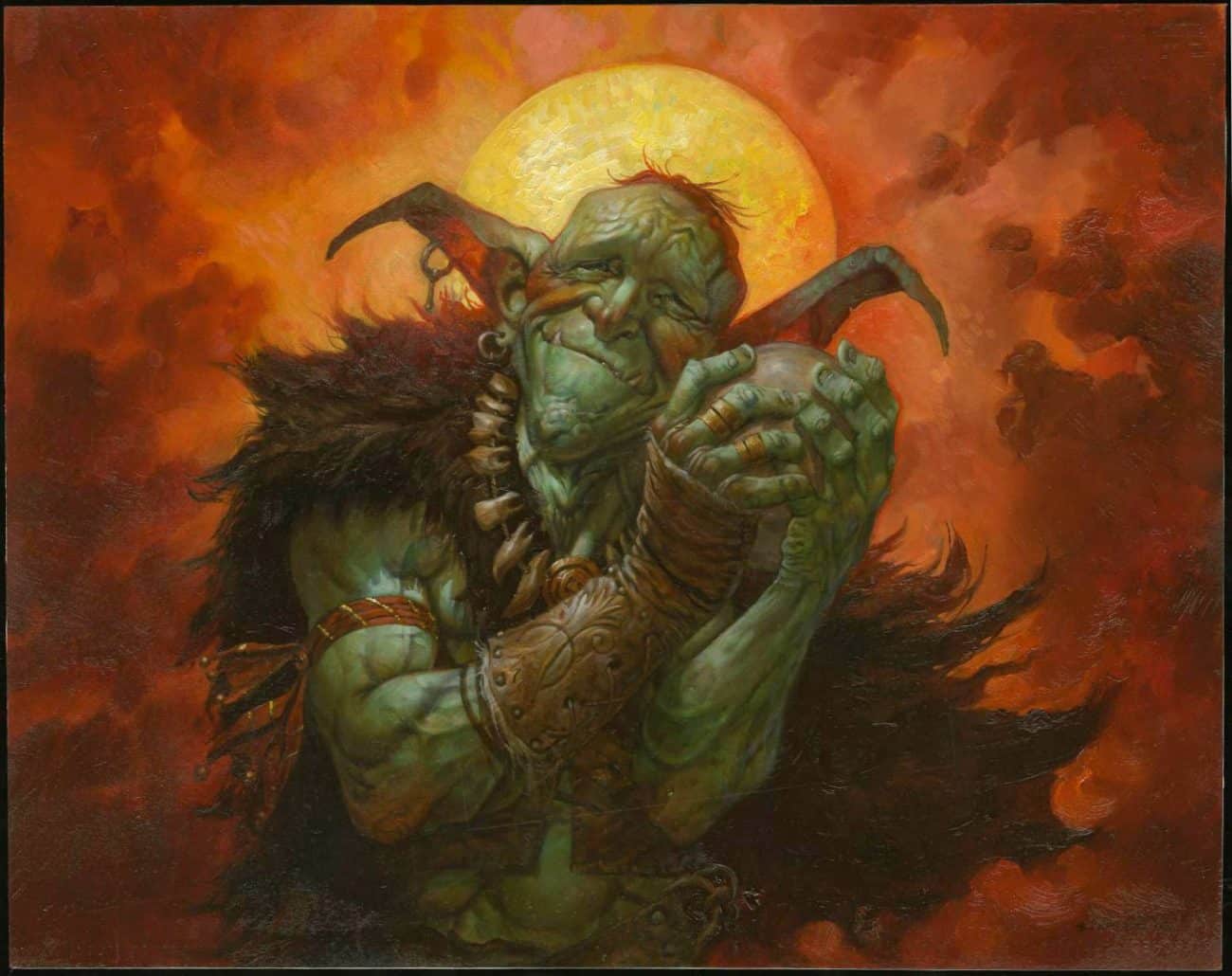 Goblin names are short and very rough on the ears, and while there are longer names, the one-two syllable names are most common among their ranks, such as Zrogdus, Pajet, and Ginvi. However, some are simply given a nickname, often derogatory, such as Dirteye, Moldbrain, and Bearbait.

As they die easily and don’t live long, they seldom introduce themselves to other species, though some of their actions can certainly make them famous among their ranks, with names such as Teekz, Erky, Gros, Drongi, Glesvuihxa, and Trikar.

A good Goblin name is rather simple, where two syllables are more than enough in most cases. The reason for this is that the tribe comes before the individual, and the only reason why they would use names is to be able to call someone or refer to them when talking about them. As not everyone is as equally important in the tribe, those of lower status are often given derogatory nicknames which then serve as their name.

His recent failures instilled quite a bit of doubt into the minds of those around him, and he’s been put under a fair amount of pressure where everyone’s expecting him to do better. This, in turn, led him to commit more errors, and after today’s incident, he’s been sent away from home until he can guarantee he won’t screw up anything anymore.

As one of the better thieves in the tribe, he’s been to every scavenge hunt and raid they went to, and has always been the one to come back with the most stuff. Today, however, for some reason he came back empty-handed, wide-eyed, and all but shell-shocked by some horrific experience he refuses to talk about.

It is expected from the female goblins to give birth to as many children as possible, as the violent and rough lifestyle they lead makes sure their numbers are kept down, and it’s not uncommon to find a female goblin alone, fleeing such hardships the first chance she got.

Today she gave birth to her 27th child, something not many female goblins can be proud of. In fact, apart from a couple who managed to get that number over 30 in the past, she bore the most children out of any other female in the tribe that is still alive at this time.

Angry is how most would describe her, and she’s like that no matter what she does. Whenever she’s trying to steal, kill, talk, mate, or even sleep, she somehow finds a way to either be angry or look like she is, which ends up being pretty much the same thing at the end of the day. 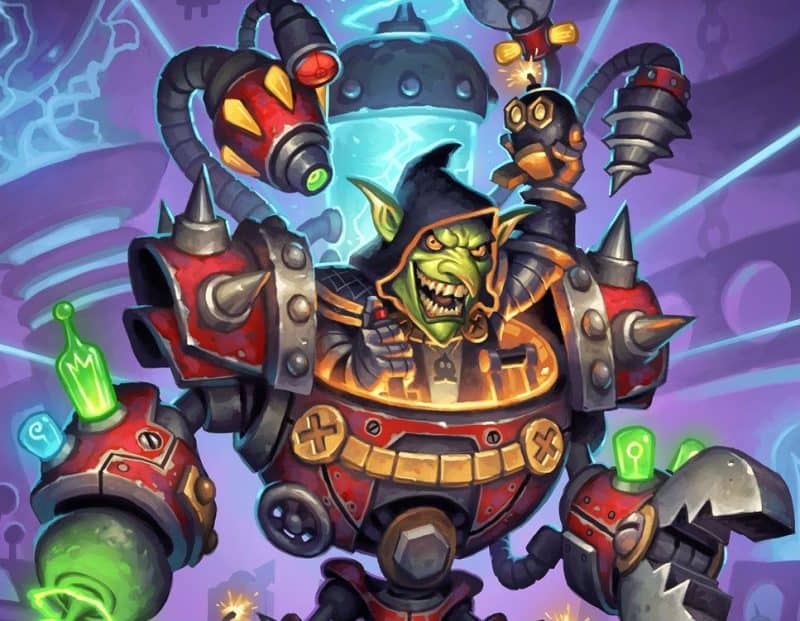 Being tribal in nature, their community is usually led by the strongest goblin or some other larger species they want or have to listen to, and most of what they achieve and have has been acquired by treachery, theft, or deceit.

Having been the one to introduce the group of Hobgoblins to the clan, he was praised for his efforts as this new relationship was about to be the best thing that ever happened to them. However, this was not the case as the newcomers had a leader of their own who decided to enslave the whole goblin clan for his cause.

As a very agreeable goblin, his original name was lost to time as everyone started to simply call him For. The reason for this is that whenever something was proposed, he would say he was up for it, regardless of how dangerous it may sound, and some are suspecting there was something wrong with him as no sane goblin would agree to just about anything.

While they are certainly not cute to most other races, even goblins can be adorable if they are portrayed in the right way, and having a cute name while staying somewhat close to the type of name they usually have is the first step we can make when coming up with a cute goblin name for our character.

This goblin is one bath and a couple of meals away from melting your heart away. All he wants to do is snuggle, and he prefers to do so by hugging someone or something if no live creatures are available, and once he does he usually quickly falls asleep and doesn’t let go.

He believes his idea to become a cook for the tribe is the single greatest idea ever, and as soon as he gets a couple of hunters, assistants, and a few deliverers, his tribe will be “self-sustainable” as he likes to say. The problem is, no one wants to join in on such a plan, so he keeps searching for volunteers despite everyone telling him they’re not interested. 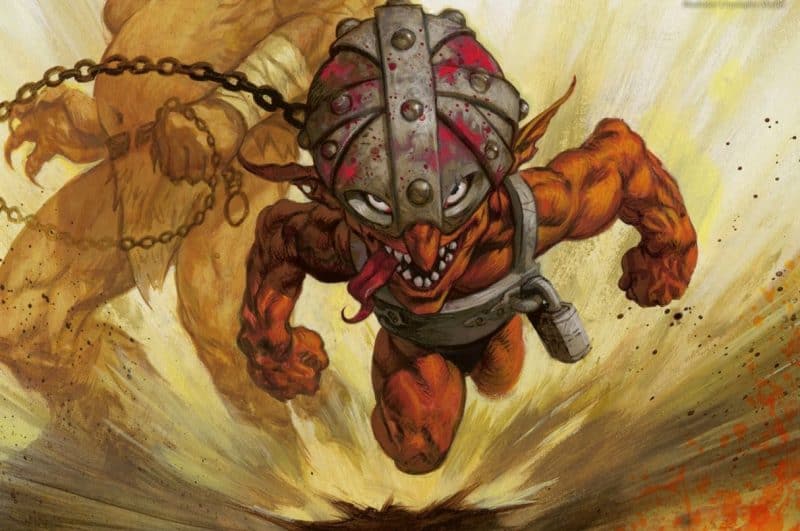 Sometimes we want to step away from the usual chaos and carnage the life of a Goblin entails, at least the violent part, and come up with a lighter type of character where humor can be the right choice, and creating a funny name is the first step in that direction.

He’s always very secretive, and whenever he’s doing something and someone else comes close, he angrily demands them to turn around so that he can finish what he was doing in peace. Lately, a couple of goblins decided to group up and find out what he’s so secretive about, and today they are going to try to expose him once and for all.

It doesn’t matter if he’s in the middle of doing something important, like stealing or hiding, when nature calls he answers. He tried not to, once before, but the consequences were rather messy, and neither he nor the others want to go through that kind of situation ever again.

Living short lives where individuality isn’t the highest priority, to say the least, the need for a name comes solely from the fact that they need something to be known for and something others can use to call them over, whereas the last names are something that isn’t needed. That said, many have nicknames that can seem like a surname, or add the clan’s name to their own.

After a certain incident involving a knife, a horse, and fire, he was never the same, and while all the former hair on his face got vaporized, the fact he has no eyebrows left is clearly something that others notice the most, and he’s starting to get irritated by it all.

He is known as a great horse slayer, something that but a few goblins have ever managed to do, which is surprising knowing he’s not really brave nor does he have any true fighting ability. However, while there are witnesses that swear they saw him do it, the truth is that the horse died of a heart attack at a very convenient time, making him a hero in the process. 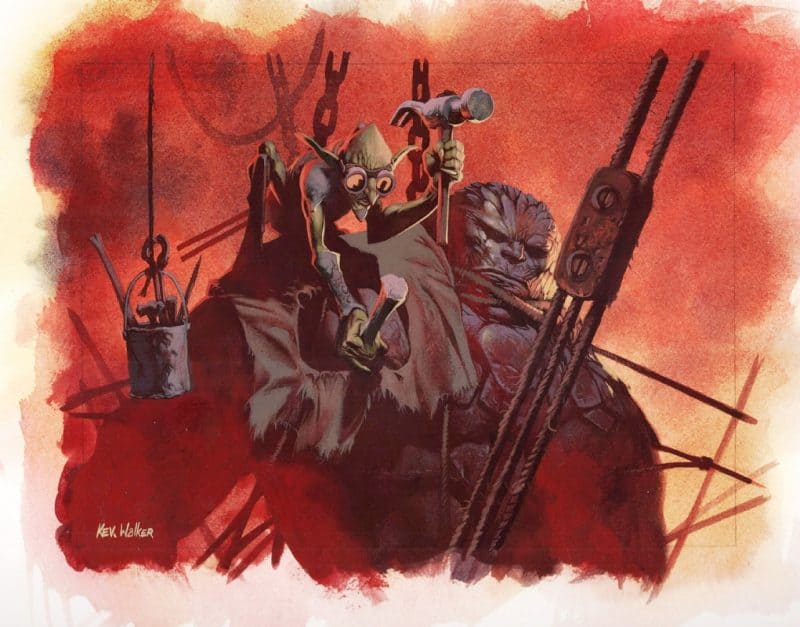 Most Goblins live in a tribe, or a clan as some may call them, where they live a peculiar lifestyle, where everything is done for the tribe even though most try to fulfill their own personal dreams, something not many manage to achieve. Still, when it comes to interacting with others, many use the clan as an addition to their name, if nothing else to feel more important.

After finding an abandoned cave where a fire was still burning, some of the warriors of the clan decided to rest inside after they made sure no one else was there. After waking up in the morning, they realized one of the embers never stopped being hot, and that ember is now being kept safe in a temple they built around it, used as proof their leader is the chosen one.

After a certain young white dragon made the same valley his home, the bravest in the tribe hunted big game until they were certain they had enough meat to offer the mighty white beast. Unbeknownst to them, while the dragon appreciates the sporadic offerings, he doesn’t waste any more thoughts on the goblins, regardless of what they believe.

Greedy and vile by nature, Goblins live in tribes where the community comes first despite most of them always looking up for themselves. Their short lives usually end up in violence, and their names are short and gruff, where one or two syllables are more than enough, such as Padrugg, Dartur, and Arragg. The least important goblins in the tribe receive degrading nicknames, like Palecheeks, Weasel, and Blockhead. For more information on them, visit our Goblin Name Generator and World of Warcraft Goblin Name Generator.

What are your thoughts on goblins, as a race? Are they someone you would fear, hate, or perhaps appreciate? Can you imagine them being different, and how? Share your thoughts and let us know what kind of a Goblin you made, and how did you name them, by leaving a comment below