Naming Characters: 13 Tips to Come Up With a Great Name

Why is naming characters so hard? When you’re starting a new campaign, there can be a lot of pressure to choose a great name. But coming up with what you‘ll call your fictional character in an imaginary world can take a load of creativity.

Anyone who plays role-playing games like D&D, or the Elder Scrolls has a strong imagination, but getting over that first naming hurdle is an extremely common challenge. You’ve probably been frustrated enough to wonder, “do character names even matter?”

We’re here to tell you: Your character’s name does matter, quite a bit. The name you decide on will set the tone for your campaign.

But don’t let your stomach drop too quickly – we have the insights you need to choose an epic character name that you and your crew will love. One that will help you build an interesting, complex character and that will solidify you as the most witty namer that ever lived!

Or, at least one that your friends won’t scoff at you over.

Cliches to Avoid When Naming Characters

The first step in picking a great name is knowing what not to do. Avoid a table of eye rolling after you announce your character’s name. Make sure not to fall prey to any of these cliche naming pitfalls:

Nobody likes a copycat! Using names of already famous characters robs you of the opportunity to come up with something and someone unique. You wouldn’t want to live in the shadow of an epic character, so don’t commit your fictional characters to that fate, either!

Characters named after a single aspect of their identity — like their race, occupation, hobby, class, or category — risk a dull first impression. Choosing an overly simple name can set you on an uphill path for building an interesting, fun character to play.

Don’t feel pressure to capture all the complexity of your persona, but take advantage of the opportunity to add some depth. Consider using the first name as one reference and the last name as another. You can even get cheeky and throw some middle names in for good measure.

Don’t name your elf, Eflie or your dragon Scalezar. Sure, a name like Woody Elfentine would make it clear you’re playing a wood elf. But it’s not going to inspire any epic campaigns.

While there are some pitfalls of naming your characters, now we fan focus on the good stuff. We have a ton of tips to help you pick the best fictional names:

If you follow no other tips in this article, take this one to the bank. While there are really no hard-and-fast rules for naming your character, settling on something unique comes close.

We don’t need another Gimli, Zelda, Harry Potter, or Cersei. Don’t burden your character with the limitations of an already famous name. Give them one they can make their own.

How do you create a unique name? All it takes is your willingness to get a little creative. Step outside of the naming rules you’re familiar with in real life and let your imagination flex. Then, keep reading more of these pro tips!

Just be aware that swapping consonants and peppering punctuation is easy to over-do. Make sure the name you wind up with is still easy to pronounce, afterall, you’ll be hearing it and saying it quite a bit!

Don’t name a sweet, quiet elf Borgat the Dominator. pick a name that fits the character.

To pick a fitting name, start with who they are. Write a list of your character’s traits, aspirations, drives, fears. Choose or create words that allude to the unique landscape of your character.

Are you playing a thin, intelligent, lady Bosmer? Maybe this elegant creature grew up on a babbling brook in the forest. Eleghel Balfbrook is an especially well-matched name, don’t you think?

Use The Mother Of All Character Questionnaires from Roleplaying Tips to create a great story for your character.

4. Make It Your Signature

Many people have a common theme or element between all of their character names. They may all start with the same letter, have elements of fire, or be Gaelic in origin.

With so many possibilities, having a rule like this can help you choose more quickly. It will also give you and your characters a fun ‘signature’ element that people can look forward to and rely on.

The brilliance of a notably witty name is revealed over time. Names that are based on obscure details about a character’s race, class, and other group belongings will come to light during the course of a game and show the other players how well thought out a seemingly innocuous name really is.

Do some research on your character’s racial lore – Fandom is a great place to start. Uncover little-known stories that will impress your crew and make for a truly masterful name.

Greek, Latin, Arabic, Hebrew, Scandanavian, and Irish; the words in these lost and foreign languages can be elegant, strong, mysterious, and exotic. Foreign languages naturally feel more fantastical and can offer a simple way to choose creative and informative character names.

Languages from some regions are more appropriate for certain races than others. Northern European words are a great choice for Dwarves and Celtic works best for Elves and Drow. Russian or German vernacular can work well for Orcs and Barbarians.

A name can tell a hidden — or more apparent — story about a character.

Most real life names mean something, so it makes sense that your fictional name should, too. For example,  Althea means “with healing power.” That’s a great name for a character from a Healer class!

If you already have a name in mind, make sure you know of any hidden meanings. Don’t get caught in a blunder of choosing a name with a message contrary to what you want your character to be.

Check out Behind the Name for interesting insights on the origin and meaning of thousands of different names.

You may have a few names you’re trying to choose between. After mulling over a few options for too long, it’s hard to know which is best. Your friends can help.

For each name you have in mind, ask your co-campaigners’ opinion on the following:

Consider what they have to say when settling on your character’s name, but don’t be afraid to go with your gut.

9. Be Different From Your Crew

You don’t want a name that’s too similar to someone else you’re playing with. It can be confusing and detrimental in game play or battle when you’re not sure if someone is calling on you or your pal.

When you have a name that you think you love, run it by your crew to see what they’re thinking for their characters’ names.

Don’t you wish you could have a fancy title? Do your character a solid and live vicariously through their fictional name.

A special title or initial makes a name stand out. Is your character a Jr., Sr., or Dr.? are they the first, second, or fifth of their name?

These decorations invite questions, which lead to interesting stories and a better game all-around.

A full name can be telling of your character’s social status or family history. Fancy family names can be reserved for nobles, while peasants may have simple trade names like Potter and Weaver.

To spice up a common last name, you can use tip # 6 and borrow from a foreign language. Potter may be more appealing as the Russian translation: Gonchar.

But last names aren’t a must. There are some reasons why your character wouldn’t have one. Maybe they have something to hide, were enslaved at some point, or are an orphan.

Whether your character has two names or not, make sure to consider why.

You have nicknames for you most familiar friends and who knows a character better than the person who’s creating them?!

Pick a fun, simple, ironic, or insightful nickname for your character and you can use it in a few ways; build your backstory, show a friendly relationship, and make it easier to pronounce longer names. Why not pick a few?

13. Use a Character Name Generator

Choosing a name can be pretty daunting. There’s lots to consider and almost endless options. Using a generator might seem like the easy way out, but don’t be fooled – they’re used even by the best!

The name generator tools below will help you select the perfect name for every world you’re creating characters for. They let you pick your race and gender and then provide you with a ton of options to consider.

You can look through random names until you find one you like and go with it. Or, you can take a look at the naming conventions for your race to help inspire your own totally unique creation. Check a selection of our best name generators:

There’s even a Dragon name generator, because, well, dragons are awesome and they should have equally awesome names!

How to Know if Your Character Name Is the One

It’s easy to get caught up on finding the perfect name, but the real fun is in playing the game. Your character’s name is important; it will stick with you for some time and help make gameplay more fun and interesting.

There are some cliches to avoid and other practices that will lead you to picking a memorable, witty, interesting, and accurate name. But, don’t let choosing a character name stop you before you start.

Ultimately, it’s your character and their name is entirely up to you. No one can tell you that you’re doing it right or wrong, so feel empowered to pick one and get on with the game! 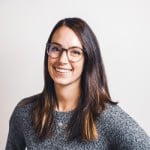