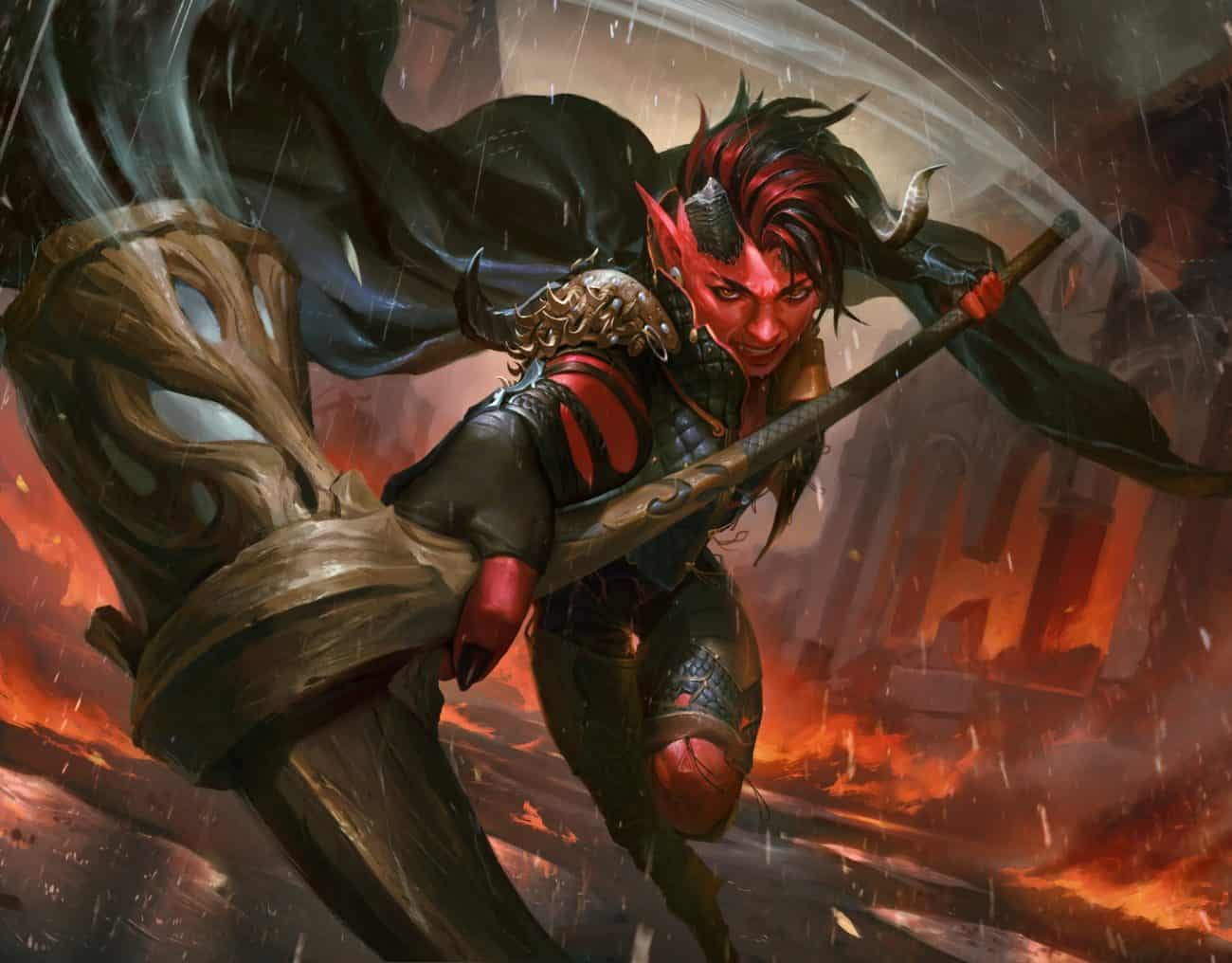 Tieflings are descendants of humans and outer-planar creatures who usually have a fiendish origin, and while they look like a human being their skin can be of almost any color, and they often have a noticeable physical trait, such as scales or horns.

While some are raised by a parent or stepparents from which they got their last name, most are abandoned, almost at birth, and they often have to choose their own name, names like Ebthus, Venom, Poetry, Kosnon, Friki, and Destiny.

Tieflings don’t really have a culture of their own, so there are no actual norms when it comes to naming them. Those raised by humans, for example, can often have a human first name, and certainly the family’s last name. Elves, on the other hand, might give them a so-called virtue name that describes their personality as they feel more than that is not needed. As we can see, one of the first steps in naming a Tiefling is to know where and how they grew up, and who raised them.

She grew up as an orphan in a large city, and while she did have a certain amount of protection due to having a place to sleep in the city’s orphanage, she spent the majority of time outside, on the d streets, and the people she befriended are one of the nastiest people one can find there.

Wanting to forget his tough childhood where oppressive step-parents belittled him in every possible way, whether they realized it or not, he has been traveling the road for several years now, and while it’s a dangerous life he leads he still prefers it over that past.

Gender doesn’t really affect any of their actions, as both males and females are equally (in)capable of what life might have in store for them, and their physical features often provoke the same reactions regardless of what kind of a person they really are.

After wandering for a long time, never really settling down anywhere, she came upon a gnomish town by chance where the people there were very welcoming. It only took a week for her to feel at home, and to her delight, they told her she could stay for as long as she wants to.

Raised by the elves, she’s been learning and honoring their ways since she was little, and today her appearance is the only thing revealing her true origin, for anything she says or does sounds and looks like it came from an elf.

Seeing how they have no master and are on their own, many decide to put their skills to good use and offer them to others if the money is right, as they are known to possess many, ranging from negotiation skills to be able to strike unseen whenever they want.

Roaming the region for over ten years allowed him to first become a guide for a certain adventuring group, and after a couple of incidents where they all saved each other lives on multiple occasions, the group agreed he had much to offer and he gladly accepted a place among them.

On one hand, his focus can be all over the place, jumping from one thing to another, never being able to finish a task he started. On the other, he showed great interest in reading, especially when it comes to magic, and today he spends his days obsessing over various scrolls and tomes, rarely seeing the light of day. 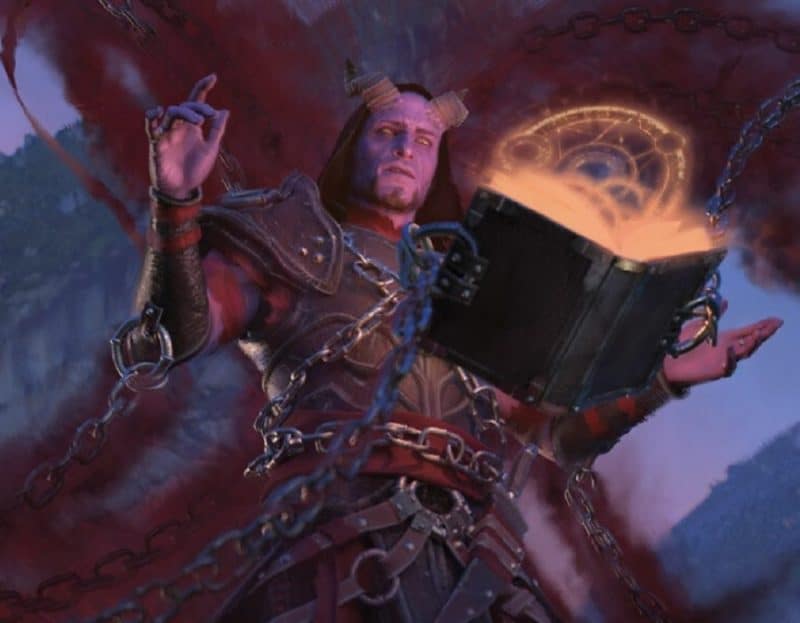 Despite their fiendish origin, Tieflings can certainly have a different, softer side, and a cute Tiefling name can be the introduction to that type of character. Thinking of them as cute babies that the parent or the caretaker has to name can perhaps inspire you to create a cute name.

This Tiefling was welcomed by the whole village after she was found alone in the woods, clearly left for the wolves. After the lumberjack brought her back, all thirty villagers gathered to see her and promised they would each help her grow strong.

Unfortunately, Archie can’t see well. So much so that he often bumps into furniture, door frames, and other people, though no one thinks ill of him. This fact makes him have to come really close to someone to recognize them, and this is all very adorable to everyone around him.

Think of what words might Tieflings be associated with, and use those words to come up with a funny name, where a contradicting approach or a play on words can often do the trick.

When he introduces himself to others, they often give him a strange look, as if they weren’t sure what they just heard, and while he still has no idea why that keeps happening, he’s beginning to suspect his name might mean something to humans and other races.

Traveling from town to town, and performing flame tricks where she uses her innate resistance to fire to great effect, she meets many new people, and everyone believes her name is actually a stage name, considering her act and all. 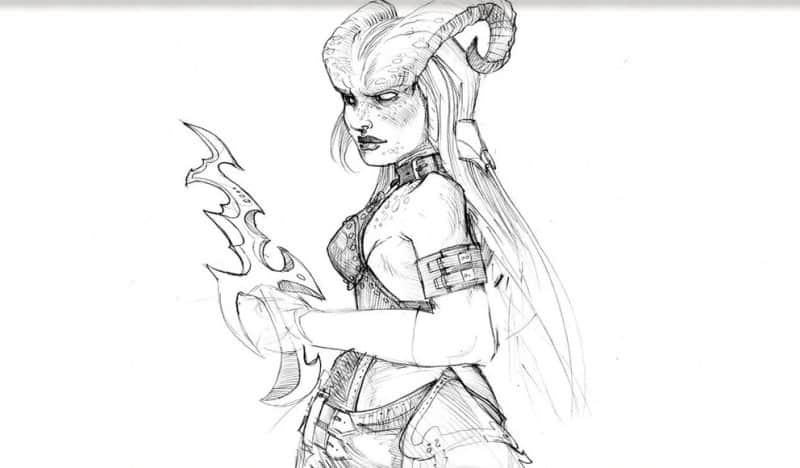 Many Tieflings forsake their name and choose a so-called virtue name, one that usually points to their goals and dreams. Seeing how many were left to their own, it’s not surprising that sometimes their names also act as another way of saying it’s going to be alright.

Born on a ship during a rather nasty storm, she was already halfway toward her parent’s destination, a new city for new life. Unfortunately, the storm was so violent that the ship was sent crashing into cliffs, leaving her and only a couple of people alive.

Her mother wanted a child for the good part of her life, and after her husband died in an accident, she all but accepted her fate, although still prayed for a miracle. Then, one day, she had a dream where she met a mysterious figure to who she made love, and after the child was born there was only one name on her mind for such an occasion.

Not all Tieflings have a last name, seeing how most weren’t raised by any of their parents, and as such tend to often have a first name only, or have a made-up surname where the reasons behind it vary from being proud of their heritage to wanting to better fit into the society.

This family of humans has a long history of being farmers, where honesty, hard work, and caring for own family come first. Fourteen years ago, one of the grandmothers found a strange baby child floating down the river, saved it, and brought it home where everyone’s been looking out for the toddler ever since.

The famous Marago orphanage is one of the biggest in the region, let alone the city, and it is a tradition for all the children raised there to use that name as their last, allowing others to know where they come from right away, considering it as a badge of honor. 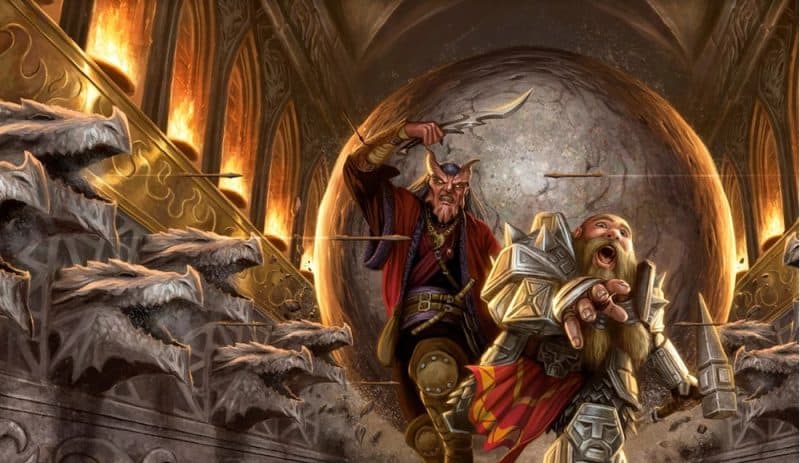 While they may be outcasts on an individual level, the lack of unity they might feel may be the precise reason for being able to band together with others of their kind, and when a large group of people puts their minds towards the same goal, anything is possible.

Other races might not be willing to call it a city, or even a town, but the community of Tieflings and several other individuals call it their home, and are determined to improve it in any and every way they can.

A small ruined keep on a hill was first used as shelter and hideout for a group of Tiefling renegades, though as time went on it was expanded with several houses at first, only to become a full-fledged village and then a small town, less than ten years later. Today, it stands as proof of what can be achieved with tenacity and willpower.

Their partly otherworldly origin, and their physical traits such as reddish skin and horns, are responsible for the majority of hate others tend to express when they see them. When it comes to names, it mostly depends on who raised them. Humans often give human-like names for easier blending in, Elves are known to give nicknames that act as a name, and those who are abandoned and found by some individual or a group are often given a Virtue name, one that marks a new life and new hope for the child. For more information on Tieflings, you can check our Tiefling Name Generator.

How do you feel about Tiefling origin? Do they deserve the scrutiny they are often under? And what about your character, where where the born, and who raised them? Let us know some of your ways of coming up with a Tiefling name, and which ones are the best ones, by leaving a comment below.