“You may call me Redwood,” The tall man said as he looked down at the group with sympathetic eyes. “As a Shifter I often have to relax the beast that dwells within me. I feel like I’d be more of a danger than a help to you.” 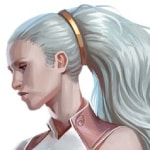 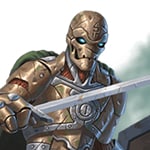 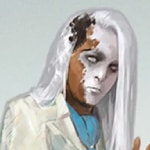 Shifters are humanoids that are often considered the descendants of Humans and Lycanthropes, though it is unclear if that is true. Depending on their ‘beast within’ they can show a variety of traits, from being a shifty-eyed loner to a heartfelt companion.

Shifters are often distrusted in human societies and they often lack communities of their own. This causes cities to have relatively few Shifters compared to more rural settlements. In rural areas Shifters have the space to hunt in the wild while also having other humanoids to trade with.

Shifters often only speak common, as they have no language of their own. Though they all speak common, it feels like a foreign language to them as the ‘beast within’ speaks with them in the sounds of the beast. Though this does not help them understand animals, it does give them a heightened sense of empathy towards beasts.

Shifter names are from common and occasionally other languages spoken around where the Shifter lives. Parents pick names based on the look and early temperament of the child, while in adulthood, Shifters may choose names based more closely on their personality. They also often have two names, one for strangers and one for friends.

Her bowstring is always a deep red color as she will regularly apply the blood of her prey to it.

In the forest, she hunts, low to the ground she finds what she needs. A group of mushrooms is what she seeks for food and knowledge.

He felt weak being called “Little Rabbit Boy.” His beast gave him little power, so he hopes to find something more powerful to help him.

Never seen as wise or fast, but his charm was second to none. It was surprising to find that his charm could affect more than just the ladies.

Shifters share many of the same gender differences as Humans do. Though rare, when Shifters come together to form a community, it is normally due to the efforts of the female Shifters. This is because female sifters are more open to working in a pack than their male counterparts.

Born hairless and plump, her mother named her after a fruit she bared resemblance to, but she had no idea the strong warrior she would grow up to be.

Growing up with human parents meant she was often mocked for her wild appearance. She turned to books as her form of escapism.

As the daughter of two volcano worshipers, she always felt at home in the heat. When she learned of the god Kossuth, she felt a pull to spread his flame.

Male Shifters are normally full of energy. In their youth, they may find groups of Human children playing and may be able to join in the fun. However, Human children do not have nearly as much endurance as Shifter children do.

Swift as the birds in the sky, he is known for jumping across the high forest canopy. His strikes are as swift and deadly and deadly as the eagle he was named after.

Gathering around the fire is a common occurrence in the far north, but this Shifter knows fire alone cannot keep the spirits warm.

He has often been seen rummaging through garbage in order to find the food he likes. It’s surprising to most when they learn he’s one of the city’s best bounty hunters.

Shifters don’t tend to use last names very often. Some mah have human last names if they grew up with at least one human parent, but if both parents are Shifters then it’s unlikely they have one. In rare cases, Shifters may create a last name for themselves in order to better fit in with Humans.

Shifters tend to be a bit wild and often fiercely loyal to the adventuring party they join. Their name may be one they have had from birth or a name that they gave themselves that they found more fitting. It’s also good to consider two names, one for when you start the campaign and another as you become closer to the party.

If you have any ideas on what you thought of this list or have any names of your own, feel free to leave it in the comments. I hope this was able to help you pick a name for your Shifter character, thanks for reading.