“Ah, greetings traveler.” – the Khajiit started to say as the stranger walked closer. “This has to be fate, indeed. Potions, wares, and weapons, Ranaargo has it all.” – he proudly stated as the man now stood close by, examining some of the merchandise. He then leaned in and whispered slyly: “Ranaargo also has sugar if you have coins.” 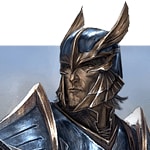 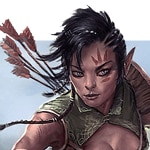 Khajiit are a cat-like race with high intelligence and dexterity, which makes them excellent acrobats, thieves, spies, and scouts. They are quite different than most races, in looks, stance, and metabolism, all for which they get judged on by others.

They are a nomadic people who grew too fond of the Moon Sugar, a highly addictive substance, though they still export and smuggle it profitably. The leader of their state is called Mane, and there can be only one at the time.

Many Khajiit have name prefixes and suffixes which let others know their life status, whether negative or positive. Some good Khajiit names are Zoarkir, Do’athra Bahrajanair, and Zabheena Rahkvandi.

Not all Khajiit have last names, regardless of if they are hiding their past or simply haven’t ever had one and many surnames are inspired by Arabic and Indian culture.

Females are involved in all the aspects of life as males are, often more proficient as well. As for children, or cubs as they call them, they usually have no more than two at the time.

She travels from cities to cities, along with a group of others, trying her best to earn enough money through trade. Her biggest problem at the moment is the fact some of them are selling illegal wares and all she wants is to live peacefully and as long as she can.

Never having much in life, it was natural for her to turn to more shady things like smuggling and thievery. Lately, some of her jobs were very high risk, and now she’s on the run and can’t visit any places west of the main river. Though she doesn’t mind that fact, life is hard as everything she collected before was hidden away at the place she can’t risk going to.

Not many Khajiit become mages, to say the least, but she found out she had it in her from an early age and so she joined the mage academy. As the only Khajiit there, she does her best and is actually one of the more talented mages.

There are many dangers a Khajiit faces in life, so most learned how to use their retractable claws, while some went as far as learning how to use swords, spears, and bows.

A smuggler with a rather kind heart, at least when it comes to the innocents. He’ll even go out of his way to save someone or return part of the goods stolen from such people as he feels sorry for them. On the other hand, he looks at what he’s doing simply as survival and would never apologize for it.

A well-known merchant, who’s being guarded by four strong guards. He mainly sells tools, clothes, and even some high-quality weapons, but his main source of income comes through smuggling and selling Moon Sugar to the right people.

He just loves cakes, cookies, and any other kind of sweets. Any job he does is purely for him to make enough money to buy all sorts of sugary pastries, though if you asked him he’d tell you how proud he is for overcoming Moon Sugar addiction.

Cat-like, agile, and intelligent, a Khajiit is ready to face the dangers at every and any corner. They are quite used to prejudice and even outright hostility due to their differences, and they prefer to stay on the move as nomads would do. Having a knack for trading, stealing, and smuggling, it’s only natural for them to eventually move on and search for luck elsewhere. Khajiit are quite an interesting race and can be one of the most unique and interesting characters which certainly deserve a name.

Did you enjoy this guide? Tell us some of your favorite names in the comments and share your own methods of coming up with a Khajiit name.